Q&A with Jeffry Siegel: a dose of skepticism 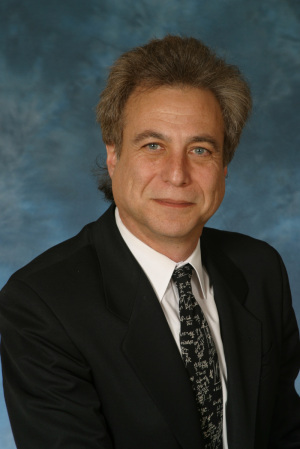 Jeffry Siegel
Dr. Jeffry A. Siegel is an outspoken critic of radiation exposure awareness initiatives that assert that low-dose radiation exposure inevitably causes cancer, asserting there is no credible scientific evidence that medical imaging contributes to the development of cancer. In fact, he believes that efforts to lower dose exposure in medical imaging ultimately harm patients.

HealthCare Business News checked in with Dr. Siegel, who is president and CEO of Nuclear Physics Enterprises, an international nuclear physics consulting firm, to find out what his views are based on, why it matters and what it’s like championing these unpopular perspectives in an industry that has made dose awareness concerns one of its top priorities.

HCB News: Last year you published an article in the Journal of Nuclear Medicine titled "Dose Optimization to Minimize Radiation Risk for Children Undergoing CT and Nuclear Medicine Imaging Is Misguided and Detrimental." What is the key misconception that leads to these efforts?

Jeffry Siegel: There is absolutely no – zero – documented evidence of low-dose radiation harm. It’s a misnomer and a fiction based on the linear no-threshold model. I think people are afraid because of the atomic bombings at Hiroshima and Nagasaki. They equate high-dose radiation with low-dose radiation that we get every day from unavoidable background radiation exposure, traveling on a plane, from consumer products, from medical imaging, etc.

This can spawn radiophobia, where although the actual risks of a low-dose exposure are undocumented, parents become afraid to get their children scanned or physicians are afraid so they want to “optimize” the dose to make it as low as possible. There is true iatrogenic risk when physicians opt for a procedure that does not involve radiation because they’re afraid of the radiation, or use it at a lower exposure that results in nondiagnostic images.

HCB News: Can you elaborate a bit on the concept of the linear no-threshold (LNT) model and why you think it is faulty?

JS: High doses of radiation are known to cause cancer. Nobody would argue that fact. That’s true. There’s no question. The question then becomes what do you do about lower and lower doses?

The powers that be since the 1930s have said what you do is you take a ruler and draw a straight line from the known effects at really high doses, doses that people are not likely to receive in their lifetime, and draw a straight line to intersect the origin, that is zero, meaning that for any level of dose, there is a risk. Small, but there’s still a risk. That has never been documented to be true. A priori predictions abound without any a posteriori confirmatory observations. As newer analyses are done on the atomic bomb survivor population, it’s been found to be less and less true. Importantly, the body responds differently to high- and low-dose exposure. At low doses, repair of any damage is known to occur, thus invalidating LNT.
1(current)
2
3