The fate of health care's front lines: How U.S. mega-mergers hurt doctors and disrupt the delivery of care

The fate of health care's front lines: How U.S. mega-mergers hurt doctors and disrupt the delivery of care 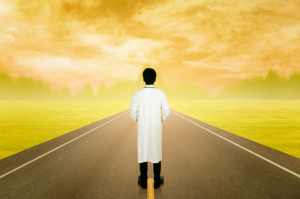 Though there is plenty of evidence to suggest the Affordable Care Act of 2010 unleashed an epidemic of health care mega-mergers, many could successfully argue that the U.S. health care system had long been in a free fall even as far back as the 1960s. According to data from the Centers for Medicare & Medicaid Services (CMS), the implementation of Medicare and Medicaid in 1966 resulted in the rapid expansion of insurance coverage, as well as health care spending at an average annual rate of 13 percent between 1966 and 1982.

But no one can debate the fact that the U.S. health care sector has changed dramatically since then, increasing from 5 percent of the nation's gross domestic product (GDP) in 1960 to 17.4 percent in 2013. The CMS data also shows that in 2016, U.S. health care spending reached nearly $3.4 trillion, up 4.8 percent from 2015, and is projected to reach nearly $5.5 trillion by 2025, accounting for 19.9 percent of GDP. The agency attributes the increase, in large part, to America's aging population and rising prices for health care services. Moreover, the average American family of four spends $24,000 a year on health care – with little to show for it.

Given the numbers, it is easy to understand why health systems and hospitals are falling like dominoes, merging in order to contain costs and retain market share. In 2015, as global M&As across all industries skyrocketed and set new records by exceeding $5 trillion, the health care sector emerged as the clear front-runner, leading the charge that year with a total of $723.7 billion in deals. But who benefits? While management teams cash in stock options and increased earnings per share, health care costs remain at an all-time high for patients. This cost to society is reflected in an increase of false diagnoses, an overall cheapened quality of care, longer wait times and a significantly poorer patient experience. In fact, over the last three years the average new patient doctor appointment wait time in the U.S. increased by 30 percent, according to a 2017 Merritt Hawkins survey. In large markets, the average wait time to see a doctor was 24.1 days (up 30 percent from 2014), with average wait times to see a family medicine doctor up 50 percent. As patient care is shifted from specialists to primary care practitioners, and down the line to physician assistants, then nurse practitioners and finally to places like CVS Minute Clinics, the cost curve continues to climb.

But evidence that health care M&As hurt patients, doctors, nurses and administrators alike has been mounting since the 1996 Aetna acquisition of U.S. Healthcare. In a 2004 analysis by the University of California, Berkeley, health economist, James C. Robinson, offered solid evidence that hospital and insurance mergers, in particular, almost always lead to higher costs, less efficiency and less innovation. More recent analyses, such as Hospital Consolidation and the Nurse Labor Market, written in 2015 by Emory University economist Christina DePasquale, point to large employment decreases for registered nurses and licensed nurse practitioners when two hospitals merge. In addition, her research suggests greater job loss in the years to come.
1(current)
2
3