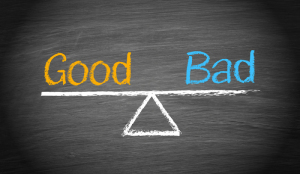 Growing public concern regarding the trade-off between the benefits of imaging in children and radiation exposure has prompted an April talking point paper to be published in the Journal of the American College of Radiology. The lead author said he was motivated to organize the review based on his own observations and experiences as a medical and health physicist.

According to Kasraie, as the public debate around the issue has become more high-profile in recent years, proper discussions require a two-pronged approach.

“Optimizing dose in radiation imaging exams and procedures from the technical side is one thing,” he said. “But optimizing the methods of communication between the parents and guardians of patients about the associated risk is another topic, which is just as important and crucial as the procedure itself.”

In the paper, which HCB News was able to acquire in advance of publication, the authors outline 12 talking points the imaging staff can use to educate and alleviate fears. These range from discussions of medical appropriateness criteria to managing negative perceptions, to citing achievements to tone of voice.

“Application of these recommendations can also be beneficial to the reputation and success of the imaging facility, and is essential to the well-being of their clients,” stressed Kasraie, “the patients and their families, who need support and assistance, especially those with fear or anxiety.”

HCB News has reported extensively in recent years about radiophobia and the growing dialogue among clinicians on the issue of pediatric radiation dosage and exposure. This debate has spilled over into the public arena, manifesting itself in parental concerns in recent years. The new paper is intended to assist imaging staff with this discussion. In talking point eight, “Trust, tone and perception management”, for example, the author's counsel that:

Perception of risk can be strongly influenced by the tone and phrasing used to present information. Some typical attributes often observed in situations communicating risk are:

• People under stress typically focus on the first and last things they hear.
• They want to know that you care before they care what you know.
• Negative words (such as not, never, nothing, none, however, and similar words with negative or contradictory implications) receive greater attention and have longer memory retention, eclipsing more positive or solution-oriented information.

“As a medical and health physicist, I noticed that a communications gap continues to exist and influence outcomes in many pediatric imaging facilities,” said Kasraie. “The review article (is) meant to propagate and convey our findings and observations for other providers across the country.”