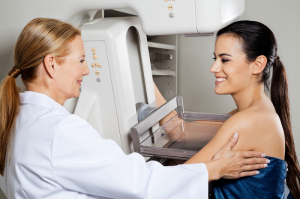 Wisconsin has become the 35th
state to require mammogram reports
to indicate if a patient has
dense breast tissue
Wisconsin will soon join the ranks of 34 states requiring mammography reports to be issued to patients indicating whether they have dense breast tissue.

Governor Scott Walker answered calls for such a law in the Badger state Tuesday, signing a bill on the matter drawn up by Rep. Mike Rohrkaste and Sen. Alberta Darling. The passage of the bill follows the recent approval of three bills in the states of Utah, Washington and Florida, all of which were signed in the same week, last month.

“Forty percent of women have the risk category for dense breast tissue,” Rohrkaste told HCB News. “There are four levels. For the third and fourth categories (heterogeneously dense and extremely dense, respectively), 40 percent of women are in those categories. It’s a risk factor for cancer, in and of itself, just having that tissue. It doesn’t mean you will get cancer but it is another risk factor. When you combine those things, that’s why this trend is spreading, I believe. This has to do with giving patients more information about their test results. Then they can talk to their doctors to determine if additional tests or other actions may be necessary.”

Physicians, though notified if a patient has dense breast tissue in their own issued mammography reports, are not required to disclose this fact in ones received by patients in many states.

Rohrkaste first became involved in the issue after being contacted by Gail Zeamer, a Wisconsin resident who was diagnosed with stage 3C breast cancer three months after undergoing a routine 3-D mammogram.

Her health care providers informed her that she had dense breast tissue which hid the cancer, preventing the mammogram from detecting it.

In researching the matter further, Rohrkaste discovered that many in the health care community are unaware that dense breast tissue can mask tumors, a fact that even hit home for his wife. “She found out as a result of my bill that she has dense breast tissue because she asked the questions, and her office didn’t really understand what it was.”

Rohrkaste says though that the understanding of both dense breast tissue risks and the effectiveness of additional testing is improving amongst the public and medical professionals.