Siemens gets nod from FDA for SOMATOM Force CT system 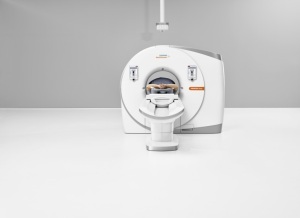 Users of the dual source platform can now expect to perform quicker scans and employ artificial intelligence to position patients correctly, enabling less exposure to unnecessary radiation and fewer repeat scans while producing high-quality images. The solution is the second Siemens CT scanner with FAST technology to be cleared this month following the SOMATOM Edge Plus.

“The FAST 3-D camera eliminates the variability of positioning that we typically see,” Matthew Fuld, clinical excellence segment product manager of computed tomography at Siemens Healthineers North America, told HCB News. “There has been a mean deviation of three centimeters in the data that we’ve looked at, which is a real world change in image quality and radiation dose to patients. By having a system that is user-independent, we can eliminate that variability and make positioning consistent.”

Aligning patients correctly inside a CT gantry at isocenter can be challenging to the visual interpretation and depth perception of the technologist, with incorrect positioning leading to noisy images and unnecessary radiation exposure.

Utilizing the FAST 3-D camera, SOMATOM Force captures 3-D and infrared images and deploys AI algorithms to assess data collected from them. The processed information is used to identify body contours of the patient and segment out particular regions with the table adjusting to position them at true isocenter.

Comprised of two Vectron tubes and two Stellar Infinity detectors, the solution carries twice as much power as other scanners on the market, and is able to assess a range of patients from pediatric ones at extreme low doses to morbidly obese ones with heavy weights.

It also eliminates electronic noise from analog connections, improving image quality and allowing users to reduce radiation dose. In addition, it can speed up scans with only a quarter rotation required to create images due to its nature as a dual source system, and it is able to acquire data at 74 centimeters per second.

Fuld says Siemens Healthineers predicts patient positioning will play an important role in the design of AI technology for CT scanners and could potentially become an element in its conception for other imaging modalities.

“Positioning patients is a very important topic and a very important technology driver that we see moving into the future,” he said. “The algorithms that drive the FAST Integrated Workflow and the FAST 3-D Camera are powered by artificial intelligence. We see AI becoming a part of radiology in general from operating a scanner to interpreting an image, and possibly in the future, helping to guide decision-making. So could we see technologies for workflow on other platforms? I don’t see that as out of the realm of possibility.”

Additional assets include its iterative Metal Artifact Reduction technology for removing metal artifacts that obscure physicians from visualizing anatomy and pathology, and the improved Image Reconstruction System which can reconstruct up to 70 images per second with iterative reconstruction.