Trump moves ahead with tariffs, launches trade war with China 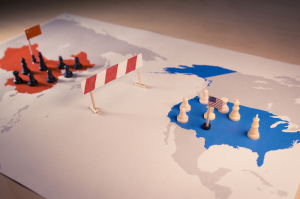 President Donald J. Trump moved ahead today with his threat to impose a 25 percent tariff on $50 billion worth of goods imported from China, which include medical imaging equipment and parts and other forms of health technology.

The Office of the United States Trade Representative (USTR) released a list of 1,102 tariff lines, 818 of which pertain to approximately $34 billion worth of products that will be subject to the tax starting July 6, and include X-ray, CT and MR parts and equipment among other materials. The remaining 284 lines cover $16 billion worth of items that will be further reviewed in a public notice and comment process, including a public hearing.

“We must take strong defensive actions to protect America’s leadership in technology and innovation against the unprecedented threat posed by China’s theft of our intellectual property, the forced transfer of American technology, and its cyberattacks on our computer networks,” Ambassador Robert Lighthizer said in a statement. “China’s government is aggressively working to undermine America’s high-tech industries and our economic leadership through unfair trade practices and industrial policies like ‘Made in China 2025’.”

In response, China says it will impose its own tariffs, with the first wave set to impact $34 billion in agricultural, automobile and seafood products, starting July 6, the same day as the Drumpf tariffs. The date for the second wave is unknown but will impact 114 items within the chemical, medical equipment and energy industries, according to CNN Money.

"The United States has kept changing its mind and now launched a trade war ... We will immediately launch tariff measures that will match the scale and intensity of those launched by the United States," China's Commerce Ministry said in a statement.
1(current)
2