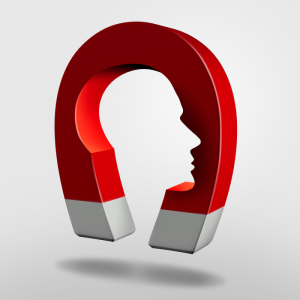 "Mercury leakage from amalgam occurs in elemental (evaporization) and ionic forms,” lead author Selmi Yılmaz, a dentist and faculty member at Akdeniz University in Antalya in Turkey, told HCB News. “The elemental form is taken to the organism by inhalation. Ionic form is dissolved in saliva. After a rate of absorption, it is distributed to target organs and cells.”

Amalgam consists of approximately 50 percent mercury, a toxin known to cause a range of symptoms from headache and insomnia to endocrine disruption and neurological impairment in humans. Previous research supports the idea that magnetic MR fields may cause mercury leakage, though the FDA considers amalgam fillings safe for adults and children over the age of six.

Researchers in the study opened up two-sided cavities in teeth extracted from patients for clinical indications and applied amalgam to each to examine the amount of mercury released.

Following nine days of assessment, two groups of randomly selected teeth were placed in a solution of artificial saliva and then exposed to 1.5-T and 7-T MR for 20 minutes. A control group was only placed in the artificial saliva.

Researchers chalk the high amount of mercury from ultra-high-field MR up to possibly a phase change in amalgam material or through the formation of microcircuits which, when exposed to magnetic fields, causes electrochemical corrosion.

The findings, according to Yilmaz, are among the first to study the impact of 7-T MR on amalgam dental fillings, which was approved in 2017 in an extremely limited capacity.

Though she adds that further research is required for assessing the safety and hazards that different amounts of mercury pose to humans as it is absorbed by the body.

“It is not clear how much of this released mercury is absorbed by the body,” she said in a statement.

No evidence of harmful effects were found in the 1.5-T group, a fact that motivated researchers to indicate that patients with amalgam fillings should not be unduly worried about undergoing an MR scan in such a machine.

Three ongoing projects focused on phase and temperature changes of dental amalgam across magnetic fields ranging from 1.5 to 14.1 Tesla are currently in the works.

The findings for this study were published online in Radiology.