AI wins against human diagnosis of brain tumors and hematomas 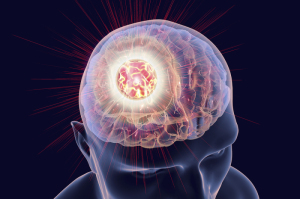 A China-based AI system proved to be
more accurate in detecting brain cancer
and hematomas than human physicians
The potential for machine learning-based diagnoses continues to gain wider acceptance worldwide with its latest accomplishment revolving around the diagnosis of brain cancer and internal bleeding.

The BioMind AI System, designed by Beijing Tiantan Hospital and Capital Medical University, went two for two in late June, in a competition among groups of physicians to accurately predict the presence of brain tumors and hematoma expansion.

Though impressed by the capabilities presented by AI and machine learning, many physicians have expressed fears that such technology will grow in their potential to a point where it eventually replaces human doctors.

Trained on tens of thousands of images of nervous system-related diseases archived by the hospital over the past 10 years, the BioMind AI System is capable of predicting common neurological conditions such as meningioma and gliomas with a 90 percent accuracy rate comparable to that of a senior doctor.

In predicting the presence of brain tumors, the solution was 87 percent accuracy rate in its assessment of 225 cases, completing its determinations in 15 minutes. A team of 15 senior physicians, in comparison, was 66 percent accurate.

The system was then used to assess cases of brain hematoma expansion, correctly diagnosing its presence with 83 percent accuracy compared to 63 percent obtained by a group of physicians from renowned hospitals throughout China.

Outcomes made by the human physicians were considered normal and better than the average accuracy of those at ordinary hospitals.

Yongjun says the results of the competition fall in line with its main objective to serve as a learning experience for clinicians regarding their interaction with technology, and further support the adoption of AI, not as a replacement, but as an assistant.

“I hope they can further understand AI and eliminate their fears toward it,” he said.

Adoption of AI is slated to provide value to medical imaging in a variety of areas including scheduling and administration; patient management; pre-scanning; in-scanning; post-scanning; and predictive analytics.

All cases assessed in the competition were real and contributed by Beijing Tiantan Hospital, but were not used as training material for the solution.

The system was developed jointly by the hospital’s Artificial Intelligence Research Centre for Neurological Disorders and a research team from Capital Medical University.