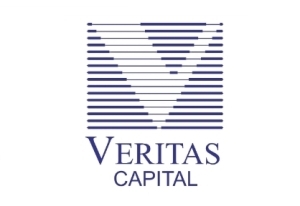 The buy was called “an exciting chapter” by Veritas Capital CEO and managing partner Ramzi Musallam in a statement.

When the deal was announced in April, he had called the opportunities in the $9 billion healthcare tech market “tremendous.”

The deal follows a “corporate carve-out” pattern of prior Veritas investments in healthcare tech, including those in Truven Health Analytics and Verscend Technologies.

“We believe this platform is well-positioned in a dynamic market, and we are excited by the opportunity to unlock potential and grow as a stand-alone business,” said Jon Zimmerman, president, Value-Based Care Solutions at GE.

The healthcare tech space has been a major area of interest for Veritas.

“We are confident this business will thrive with a focused investment strategy under Veritas Capital,” GE Healthcare president and CEO Kieran Murphy said in a statement.

When the deal emerged in April, Zimmerman stressed that with Veritas Capital's “significant knowledge and expertise in the healthcare IT space, and by operating as a stand-alone business under Veritas’ ownership, we now have the opportunity to further revitalize our product portfolio and pursue complementary acquisitions,” adding that the move will allow additional support and resources to go toward “deepening our commitment and capabilities to help health care providers manage their financial, clinical, and employee workflows across the continuum of care.”

The move is part of a dramatic time of restructuring for GE, including the spin off of GE Healthcare, announced in late June, as the final major deal designed to cut debt, simplify company structure, and raise cash. These have included spinning off its train manufacturing business and the $3.3 billion sale of its distributed power division.

Plans also call for selling off shares of its ownership in oil services company Baker Hughes over the next two to three years.

“We are aggressively driving forward as an aviation, power and renewable energy company – three highly complementary businesses poised for future growth. We will continue to improve our operations and balance sheet as we make GE simpler and stronger,” CEO John Flannery said at the time.

GE's heavy industry roots are in its core businesses of power, aviation and renewable energy, which rang up over half of 2017's total revenues mostly via sales of jet engines and power turbines.

The healthcare unit pulled in just 16 percent of companywide sales last year, adding up to $19.1 billion.

It has been a tough time for the venerable conglomerate, including about a loss of $100 billion in value due to its stock drop – and its removal from the Dow Jones Industrial Average.