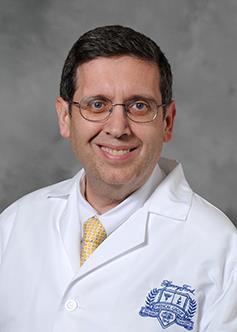 SCAROP is comprised of a group of national leaders in radiation oncology. The society provides a forum for the chairs of academic radiation oncology programs to discuss issues of common interest and to foster an interchange of ideas to help shape the future vision and direction of the field.

He was recently named President-Elect of the American Radium Society (ARS); he assumes the role of ARS President in Spring 2019. He also serves as co-chair of the NCI Patient Centered Outcomes Research (PCOR) committee for the NRG clinical trial cooperative group.

He has published extensively on the topic of radiation therapy for cancer in many prestigious medical journals and regularly presents his research findings at some of the nation’s top medical meetings.

Ranked as one of American’s top cancer doctors, Dr. Movsas has been featured in Consumer’s Guide to Top Doctors, HOUR Detroit’s Top Docs, and the Castle Connolly’s America’s Top Doctors for Cancer. He also is a Fellow of both the American Society of Radiation Oncology (ASTRO) and of the American College of Radiology (ACR).