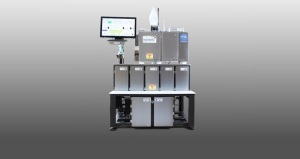 NorthStar is officially set to install
the first of its RadioGenix System
NorthStar Medical Radioisotopes LLC (NorthStar) is inching closer to being the first U.S source of non-uranium-based molybdenum-99 (Mo-99) with the signing for and scheduling of the first installation of its RadioGenix System, designed for the conversion of Mo-99 into the medical diagnostic radioisotope technetium-99m (Tc-99m).

The installation comes alongside the FDA’s clearance for its cGMP facility, the manufacturing site of the RadioGenix System, located in Beloit, Wisconsin.

“The Beloit facility gives us all our capacity for RadioGenix System manufacture, with more Mo-99 infrastructure in process and planned for the future," Stephen Merrick, president and COO of NorthStar, told HCB News. "By the fourth quarter of 2018, NorthStar will have the ability to supply approximately 10 percent of the U.S. market, which would significantly mitigate the impact of the type of shortages we have been seeing recently.”

Comprising 50,000 square feet, the Beloit facility houses the manufacturing, development and quality control operations necessary for the production of RadioGenix Systems as well as consumable kits, spare parts and other associated materials; and includes the corporate headquarters of the nuclear medicine technology enterprise.

Its clearance enables NorthStar to scale production and expand manufacturing capacity faster, to further meet the demands of its customers.

The green light from the FDA comes earlier than expected and is part of a Prior Approval Supplement granted for the New Drug Application 202158 of its RadioGenix System, which received clearance earlier this year.

Utilizing a patented on-board, on-demand, point-of-sterilization system, the solution automates on-site separation and preparation of U.S. Pharmacopeia (USP) Sodium Pertechnetate Tc-99m injections that are USP-compliant in the same form offered by all other suppliers.

Use of the system enables providers and physicians to avoid delays in treatments and diagnostics caused by interruptions such as shutdowns or closures of foreign manufacturers, while the non-uranium-based nature of the Mo-99 used by NorthStar establishes a more environmentally friendly process that ensures access to a stable supply of a diagnostic agent, typically used for detection of diseases such as coronary artery disease and cancer.

“We have plans to continuously ramp-up production capacity over the next few years until we are able to consistently meet up to two-thirds of market demand, although surge capacity would eventually provide the potential to meet total market demand," Merrick said.

Orders for additional RadioGenix Systems are expected to come through as potential customers receive licensing amendments for their sites. NorthStar would not disclose the location or name of the provider to receive the first installment of the system.

Further plans for expansion to scale production of NorthStar’s 33-acre campus are underway.