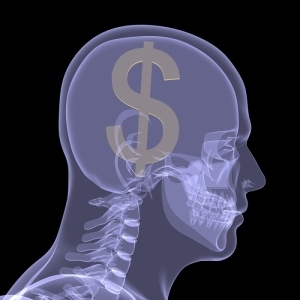 The ultimate goal for any radiologist is to produce an image at the trifecta of lowest cost, highest safety and best quality... but can a valid cost-effectiveness analysis (CEA) provide insight in reaching these goals?

A team from John Hopkins Medical School is working to answer that question. The group of two radiologist/MBAs and a Medicare policy expert just published their findings on CEAs in an article in the most recent issue of the Journal of the American College of Radiology.

“Medical imaging is increasingly criticized for its value to patients and the healthcare system. Concern over unnecessary imaging and harmful radiation exposure have prompted the development of various evidence-based guidelines, such as the ACR’s Appropriateness Criteria,” Matthew Alvin, M.D./MBA, radiology resident-physician and one of the authors told HCB News. “Unfortunately, CEAs are difficult to interpret, owing to no standard model for their performance, thus hindering their application.”

The researchers identified four points of consideration based on their study of 80 CEA models. These include:

- Clearly state all direct and indirect costs included in the calculation: There was no consensus among the models about costs. Also, there was not uniform agreement on the definition of costs. For example, in the study review, 87.5 percent of studies had varying levels of details of cost inventory tables.

- Clearly state and align perspective with the intended user: A CEA should identify the intended user and what type of policy decision it should inform. Not all the models defined the same perspective. For example, some models included indirect societal costs, while others did not.

- Measure patient outcomes using Quality Adjusted Life Year (QALY): The issue of QALY in radiology has been extensively discussed and examined. This issue is complicated because the downstream disease management is influenced by factors beyond diagnosis.

Compare results with a range of Willingness-To-Pay (WTP) thresholds: This measurement refers to what a patient is willing to pay to achieve a specific health benefit. This factor has a direct relationship to healthcare policy and budget. Current World Health Organization (WHO) measures are widely considered to be inaccurate.

“Controversy over using the results of CEAs to influence healthcare policy decisions stems partly from a lack of a standardized method for performing them,” said Alvin. “By heeding the recommendations provided in our study, radiologists can improve the validity and transparency of CEAs and help clinicians and policymakers properly apply cost-effectiveness results to patient care.”