What would Henry Ford say? 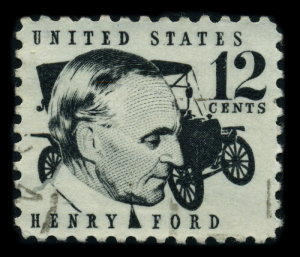 Henry Ford Hospital in Detroit is partnering with General Motors to provide healthcare to GM's employees.

Imagine what Henry Ford would think, he was an automobile pioneer and namesake of one of the biggest hospital IDNs in the United States. What would he say about his hospital namesake teaming up with one of Ford's biggest rivals? It really proves that healthcare trumps everything.

Is this the way of the future? Look at Berkshire Hathaway and Amazon and their activity.

We've written about both of these partnerships and they are very similar in many ways.

This is also similar to some socialist countries where automobile factories, steel plants and big industrial conglomerates all provide healthcare to their employees through hospitals owned by the company. I admit that this is a little bit different but it's another form of capitation.

In some ways this type of partnership reminds me of the Affordable Care Act. It adds tens of thousands of people into the Henry Ford health system. This gives Henry Ford premiums to maintain their facilities, to upgrade, and to spread risk across a bigger pool of people.

We've talked a lot about consolidation and this is a two dimensional consolidation. As Henry Ford Hospital has grown in the Detroit Metro area it's consolidating other hospitals and clinics. Now the relationship with General Motors is a consolidation of patients into its family.

It really is a great idea and in a way it's two institutions taking the lead when our government seems to have no direction.

Thank God for business people stepping in where our political leaders fear to tread.