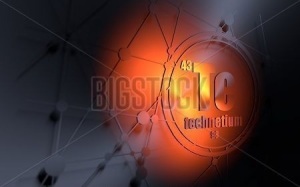 The Australian Nuclear Science and Technology Organisation (ANSTO) announced that manufacturing would resume this week following the resolution of a mechanical issue with the conveyor belt that led it to shutter production temporarily in June.

“This nuclear medicine is a critical part of the Australian health landscape, enabling up to 10,000 diagnoses a week and, if anything, this experience has very much highlighted the value of our domestic supplies,” said an ANSTO spokesperson in a statement. “We would like to take the opportunity to thank the Australian nuclear medicine community for their support during this interruption.”

Since the shutdown, 250 hospitals, clinics and pharmaceutical suppliers in Australia catered to by ANSTO each week, as well as international clientele, have relied on shipments of Tc-99m generators shipped in from the U.S.

To offset delays, shipments of bulk Mo-99 were sent to Lantheus Medical Imaging Inc. (LMI), a U.S. partner of ANSTO, which stored the isotope inside its own generators and sent them back to providers in Australia.

Though helpful, periodic disruptions delayed shipments and subsequently, access to necessary medical exams for patients, including those with heart, cancer, lung and muscular skeletal conditions.

When shutdowns like this arise, the impact expands worldwide, affecting patient care as well as other radiopharmaceutical facilities. NTP Radioisotopes, for instance, recently resumed production of Mo-99 in March at its Pelindaba facility in South Africa, following a three-month shutdown initiated by the discovery of a suspected hydrogen leak that cost it a production loss of 3.5 million rand ($248,735) daily.

In its statement, ANSTO apologized for any challenges created by the halt in generator production and said it was taking steps to prevent a repeat of the situation.

“We are now working through a controlled startup process that incorporates full equipment checks, and will then ramp up our production,” the spokesperson said. “We apologize for the impact, we look forward to recommencing production and will be in touch with each customer to discuss the transition.”

ANSTO produces around 10,000 doses of Mo-99 weekly for Australian patients and thousands more for international patients. Upon the completion of production, the parent isotope is placed inside a generator where it decays into the radioisotope, Tc-99m, while delivered as a bulk Mo-99 export to hospitals nationwide, as well as medical practices in New Zealand and Asia.