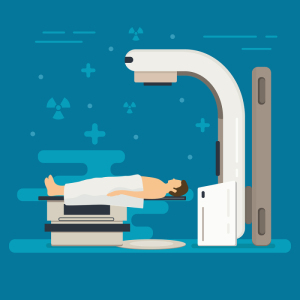 Vacancies in radiotherapy rose from
2.9 percent in 2016 to 3.2 percent in 2018
Chairs in radiology departments are remaining empty according to a survey by the American Society of Radiology Technologists, which recorded a 0.3 percent rise in the number of vacancies for radiation therapists.

The rise from 2.9 percent in 2016 to 3.2 percent in 2018, as indicated in the ASRT Radiation Therapy Staff and Workplace Survey 2018, stands in contrast to a decline in vacancies from 3.5 to 2.4 percent in the same period for medical dosimetry. It marks the second consecutive rise in estimated vacancies for radiation therapy recorded by the survey since it was last issued in 2016.

“Caution should be employed when interpreting this data,” ASRT associate executive director Myke Kudlas said in a statement. “Even though this slight increase in vacancy rates for radiation therapy is similar to an increase we saw last year, it may not necessarily indicate a sustained trend. ASRT will conduct the survey again in 2020 to determine if rates continue to rise.”

Distributed to 1,541 managers at radiotherapy facilities across the U.S., 138 completed the questionnaire, which found the overall mean percentage of vacancies in both lines of work to be highest in the Pacific region at 7.2 percent, compared to New England, which had no vacancies.

The number of full-time equivalent radiation therapists budgeted at each facility, however, did rise from 7.3 to 7.7 percent between 2016 and 2018, a 1.7 percent increase from its first recording of six percent in 2004.

The number of FTE medical dosimetrists budgeted per facility also increased from 2.2 to 2.5 percent from 2016 to 2018. Urban facilities made up the largest share of respondents at 53.3 percent, while suburban and rural ones made up the remaining 46.7 percent. All answered questions on personal demographics, equipment use and staff turnover.

Among respondents, the average one treated 53.4 patients daily and used 2.5 linear accelerators, while offering 16.2 percent of services found in radiation therapy and related fields. The most commonly performed exam among facilities was CT/simulation at 98.5 percent, followed by intensity-modulated radiotherapy at 97 percent and cone-beam CT at 92.5 percent.

Hyperthermia was the least commonly offered procedure at three percent, alongside proton therapy and dynamic adaptive radiation therapy at five and 15.8 percent, respectively.

When asked about incorporating other services, 82 percent expressed their intent to add additional LINAC therapy units while 27 percent expected to include real-time surface tracking. More than 24 percent plan to add adaptive planning to their services.

John Culbertson, ASRT director of research, warns that such statistics though do not necessarily suggest that medical dosimetry to be a more fertile field for job prospects compared to radiation therapy.

"Tempting as it may be, we suggest caution in drawing any conclusions beyond the reported survey results regarding the outlook for employment in radiation therapy or medical dosimetry," he told HCB News.

Since its first recording in 2005, the Radiation Therapy Workplace and Staff Survey has been conducted eight times to assess changes and trends among radiotherapy facilities, with the next slated for 2020.