Radiotherapy may cause gaps in memory recall for children, says study 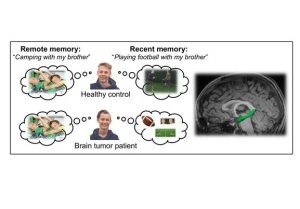 A new study says radiotherapy may
make it harder for children to recall
recent memories following treatment
Growth disorders, language delays, neurocognitive toxicity… what else can children incur as a side effect of radiotherapy?

The answer: Memory trouble, according to a new study conducted at Baylor University, which found that children with certain types of brain tumors who underwent radiotherapy were less able to recall the specifics of events experienced after procedures than those that occurred beforehand.

"They have a hard time forming new, detailed memories," lead author Melanie Sekeres, director of Sekeres Memory Laboratory at Baylor, said in a statement. “For example, when talking about a recent birthday party for a friend, they might tell how they met the friend and what that individual likes to do, but mention few specifics such as what they wore, the type of cake, what friends were there and what activities they did at the party. Such specific details might seem trivial, but these are precisely the kinds of details that allow us to vividly replay important events in our lives.”

The findings may be linked to the impact of radiation therapy on the hippocampus, which has less volume following treatment and plays an important role in memory. The reason for this decrease is most likely due to radiation's impact on the development of new cells in the nervous system, including the growth of new neurons in the hippocampus, or neurogenesis.

Researchers focused their attention on "autobiographic memory", questioning 13 children about unique personal events to assess the emotional and perceptual details that enable people to re-live experiences. Participants were survivors of brain tumors who received radiotherapy and chemotherapy at least one year prior to the study.

They then compared their findings to those collected from twenty-eight healthy children between the ages of 7 and 18, with all youths completing the Children’s Autobiographical Interview, a standardized memory test, and undergoing an MR scan of the brain.

Each group was asked to recall memories from personal experiences that occurred at specific times and in specific places, with one being a very old memory from an event prior to treatment and another from within the past month.

Children recalled memories without prompting and then answered general and specific questions. Cancer survivors were found to have a more difficult time than healthy children in recalling recent memories. Both groups though were deemed equally capable to one another in recalling older memories.

Sekeres says the findings suggest that radiotherapy may create gaps in the ability to encode or retrieve specific details in memories of personal events, which are necessary for understanding who we are as individuals.

"Although these treatments are often crucial in the effective management of the cancer, if the physicians and the family know there are these unintended side effects, that may be an additional factor to consider when exploring the treatment options," she said.

The study was conducted in conjunction with the Brain Tumor Program and the Program in Neurosciences and Mental Health at The Hospital for Sick Children in Toronto, Ontario, Canada. Funding was provided by the Canadian Institutes of Health Research.

The findings were published in The Journal of Neuroscience.