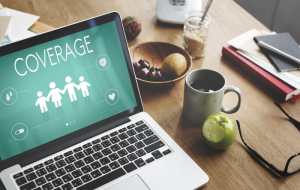 MR-compatible cardiac rhythm management devices, such as pacemakers and implantable cardioverter defibrillators, have gained significant preference by physicians in the past 18 months, but a study from Vizient suggests that payments are not keeping pace.

According to the analysis, the shift is putting a growing strain on hospital resources as Medicare continues to reimburse at the rate established for standard device implants, despite the higher cost of the MR-compatible cardiac devices. The result is an increase in total spend for CRM devices of eight percent, based on current adoption rates. This translates to about a $400 million estimated cost increase for hospitals.

While there is clinical benefit for these devices, according to Beinborn, data on CRM implants and the incidence of MR scans suggest that research is necessary to determine the clinical need for these more expensive devices in all patients. Despite this gap in protocol hospitals are absorbing the additional cost of this technology due to the perceived clinical benefit for the patient.

According to Vizient, about 600,000 pacemakers and defibrillators are implanted a year in the U.S. The devices monitor and/or correct the heart when it beats out of proper rhythm. The first MR compatible cardiac device was introduced in 2011 and has composed about 10 percent of market use. However, in the past 18 months, Vizient found that MR-compatible cardiac device use has spiked to about 74 percent of total of the pacemaker market alone, and is on track to become the standard of care.

There is also a clinical competency gap between current protocol and payment policy, the study found. While CMS approved MR scanning for patients with non-MR compatible devices, this requires clinical expertise and intervention before and after the MR scan. Additionally, the CMS reimbursement does not cover patients who are "pacemaker dependent," which is estimated to be 30 percent of the population with cardiac devices.

“The use of MR-compatible CRM devices will likely continue to expand, and hospitals will be forced to absorb the additional costs, which are not covered by Medicare and Medicaid reimbursements due to the perceived value of this technology," said Beinborn.