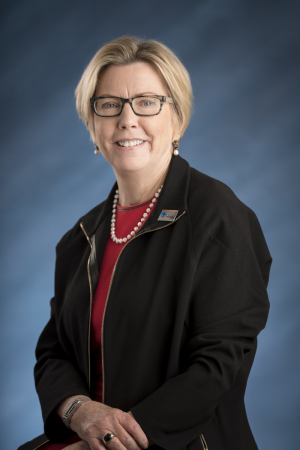 Arkansas Children’s Northwest is the nation’s newest stand-alone children’s hospital. Its campus opened in early spring, hosting 24 inpatient beds and the region’s only pediatric emergency room. HCB News spoke with the hospital’s chief administrator, Trisha Montague to learn more about her background and about the new hospital.

HCB News: What inspired you to follow a career in healthcare?
Trisha Montague: Honestly, I am one of those people, even as a small child, I was very interested in nursing as a career. I just always loved being with people and I was the little girl going around finding animals to take care of. As I got through high school and thinking about college, nursing was all I was interested in. My first rotation in pediatrics – that was it for me – I knew it was my calling. I’ve been a pediatric nurse ever since.

HCB News: What attracted you to Arkansas Children's Northwest?
TM: I actually worked at Arkansas Children’s Hospital in Little Rock a number of years ago. So I was very familiar with the healthcare system in Little Rock and their reputation, and the level of care they provided. When the opportunity came up to build a greenfield small children’s hospital and to create something really transformative for a community, it was certainly something I was going to consider. To add to that, there’s the president and CEO of Arkansas Children’s hospital, Marcy Doderer. I worked with her in San Antonio at a children’s hospital there previously, so I knew her very well and certainly considered her a person I’d love to work with again. It was really a combination primarily of the uniqueness of the opportunity and the chance to make a difference in a community that didn’t have a children’s hospital nearby, and knowing I was going to be working with a visionary leader.

HCB News: What kind of population does Arkansas Children's serve?
TM: Northwest Arkansas is an interesting community. The world’s largest company is headquartered here and there are a couple of Forbes 500 companies too, so there’s wealth and growth and high-level executives. There are also parts of Northwest Arkansas that have some of the most underserved communities in the state. So it’s really a combination. When we look at who our patients and payors are, we’re looking at probably about 63 percent of our population as Medicaid, then private pay and about 4 percent self-pay.

HCB News: What challenges does the hospital face that are specific to treating children?
TM: Pediatric healthcare is unique, with its own standards of care and body of evidence of what’s best for children that might be differentiated from adults. So that’s one challenge right out of the gate.
1(current)
2
3
4
5