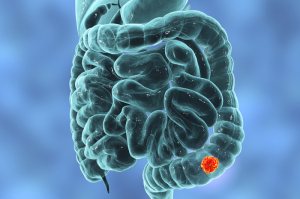 A new bill could require Medicare to
cover CT colonography if passed
Patient and provider groups across the U.S. are urging Congress to pass a proposed bill that would expand Medicare coverage to include CT colonography screenings.

Introduced by U.S. Senators Bernie Sanders (I-Vt.) and Jim Inhofe (R-Ok.), the legislation argues that the virtual method is superior to traditional screening due to its less invasive and more cost-effective nature as well as its wide availability nationwide.

“CT Colonography is as accurate as standard colonoscopy in most people – including those 65 and older – and is far less invasive. Former President Obama had this test. Medicare needs to cover CT colonography and help physicians save more lives,” Judy Yee, chair of the American College of Radiology Colon Cancer Committee, said in a statement.

More than 140,000 Americans are diagnosed with colorectal cancer annually, making it the second most commonly diagnosed malignancy in the country. The disease is the third leading cause of death despite a cure rate of 90 percent with early detection, taking the lives of nearly 50,000 men and women each year due to late detection, according to the American Cancer Society.

With the disease disproportionately affecting individuals over the age of 70, many organizations have adopted virtual colonoscopy as front line screening within their guidelines, including the American Gastroenterology Association, the American Cancer Society, and the American College of Radiology, all of whom recommend CTC for those over the age of 50.

Further, a 2015 study estimated the average cost of a virtual colonoscopy under Medicare’s fee schedule to be $243 compared to $1,035 for a conventional colonoscopy screening.

Supporters of the legislation include the Prevent Cancer Foundation, the Colorectal Cancer Alliance, the Colon Cancer Coalition and the American College of Radiology Colon Cancer Committee, all of whom exclaim that the enactment of such a bill would open up access in underserved areas and reduce the racial and ethnic disparities in colorectal cancer outcomes among patients.

"Timely screening for colorectal cancer can literally save lives, but there are many patients who either cannot or will not have a colonoscopy,” Michael Sapienza, president and CEO of the Colorectal Cancer Alliance, said in a statement. “For these patients, CT colonography provides a less invasive alternative.”

In a statement, Sanders expressed how CTC is essential to the health of Americans, with colorectal patients calling it “far more convenient” than conventional methods in detecting cancer early.

“If Medicare covered this screening – which this bill seeks to accomplish – we would not only save billions of dollars, we would save tens of thousands of lives and help finally beat the colorectal cancer epidemic that kills thousands of Americans every year,” he said.

Medical costs associated with colorectal cancer reached $16.3 billion in 2017, the second highest for all cancers, according to the National Institutes of Health.