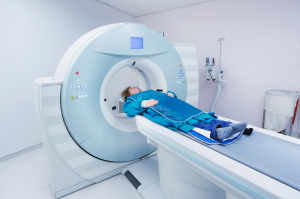 The government agency is questioning current, decades-old guidelines based on the notion that any exposure to radiation places individuals at greater risk of developing cancer in their lifetime. The argument to revisit these guidelines is based on scientific outliers claiming that exposure to small doses of radiation can actually be good for humans.

The EPA's suggestion has been met with condemnation from numerous individuals and organizations that fear alterations may place medical workers as well as nuclear workers and others at risk of exposure to larger amounts in their environment.

“The American Society of Radiologic Technologists is committed to optimal patient care that includes a focus on protection from unnecessary medical radiation,” Greg Morrison, ASRT associate executive director, told HCB News. “We strongly oppose any measure that would weaken radiation protection measures for patients, radiologic technologists and all other healthcare workers.”

Medical and scientific communities currently operate under the linear no-threshold model, which claims that no threshold of risk-free radiation exposure exists. Supporters of the proposal claim the model is flawed and has led to unnecessary spending for managing exposure in accidents, at nuclear plants, in medical facilities and at other sites.

First introduced in April, the Strengthening Transparency in Regulatory Science proposal directs regulators to consider alternative scientific viewpoints when establishing or adhering to regulatory standards, including evaluating various threshold models across the range of exposures when in contact with dangerous substances.

Though it does not specifically mention radiation, many interpret its wording to include radiation protection standards. Edward Calabrese, a toxologist at the University of Massachusetts who supports the proposal, has called it “a major scientific step forward” that would save billions and have a positive impact on human health.

Echoing this sentiment was Brant Ulsh, a physicist with the California-based consulting firm M.H. Chew and Associates. “Right now we spend an enormous effort trying to minimize low doses” he told the Associated Press. “Instead, let’s spend the resources on minimizing the effect of a really big event.”
1(current)
2
3