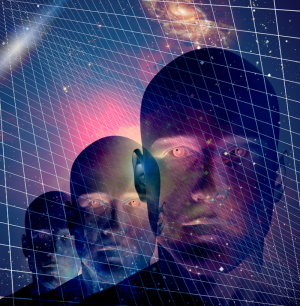 Scripps Research Translational Institute and NVIDIA are teaming up to push the frontiers of AI and deep learning into both genomics and sensor technology.

They will set up a center focusing on applications in those fields, the company announced on its blog Tuesday.

AI in medicine has tremendous promise, but a lot depends on validating its algorithms – and data sensors are key to “proving clinical efficacy,” said the institute's founder, Eric Topol, adding, “the data inputs from sensors and sequencing, in particular, will play an important role.”

The current efforts will focus on a deep-learning approach to vast data sets of health information – now doubling every seven months – thanks to faster, cheaper sequencing equipment, and the growth of wearables and personal sensors like smartwatches, blood pressure cuffs and glucose monitors. The growth is so fast, in fact, that deep-learning approaches have increased their use in genomic research papers 40 times in just the last four years, according to NVIDIA.

NVIDIA has made other deals to further health-oriented research recently. Earlier in October, it partnered with King’s College London enabling researchers to deploy NVIDIA's DGX-2 IA research system and the NVIDIA Clara platform.

Kimberly Powell, vice president of healthcare at NVIDIA, said the DGX-2, with a large memory and two petaflops of computing power, allows for faster training of massive 3D volumetric data sets and enhances the use of Niftynet, which trains neural networks for medical imaging.

“It would, historically, take many weeks to do one training cycle,” Powell told HCB News. “With the DGX-2, you can cut that down to a couple of hours.”