CHI-⁠Dignity merger: which GPO will come out on top? 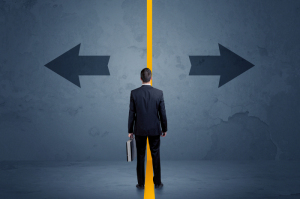 I moved around a lot over the last few weeks and this week I was at the ASTRO show in San Antonio. I'll be writing about some of the interesting things I saw at ASTRO next week. The show was outstanding.

On the floor, one topic of discussion was the merger between Dignity Health & Catholic Health Initiatives and that the merger was approved by the Vatican.

These two giant IDNs agreed to merge at the end of last year. Here's a link to the story we ran at the time.

At ASTRO, people were talking about which GPO will benefit from the merger.

Everyone is wondering what the primary GPO will be the largest not-for-profit hospital system in the U.S.

Whichever way it goes, it changes the landscape in the world of GPOs and industry stakeholders are right to wonder what the final outcome will be.

Will this merger impact the purchasing power of one GPO over another?

I can only imagine there've been some sleepless nights regarding this topic that hadn't even occurred to me until it was mentioned at the show.