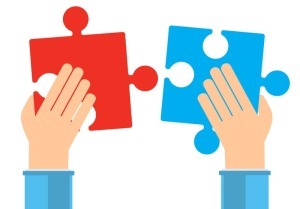 Will provide care in 28 states
After talking for a year, Catholic Health Initiatives and Dignity Health have entered into a definitive agreement to combine ministries, creating a new, nonprofit Catholic health system.

This will make for the largest not-for-profit hospital system in the nation, ahead of Ascension, but still smaller than the integrated delivery system Kaiser Permanente.

"We are joining together to create a new Catholic health system, one that is positioned to accelerate the change from sick-care to well-care across the United States,” Kevin E. Lofton, CEO of Catholic Health Initiatives, said in a statement.

The new organization will provide care in 28 states.

“We foresee an incredible opportunity to expand each organization’s best practices to respond to the evolving health care environment and deliver high-quality, cost-effective care,” Lloyd Dean, president and CEO of Dignity Health, added in a statement.

Lofton and Dean will act as co-CEOs, according to Crain's Chicago Business Journal, and divide up responsibilities. Lofton will handle mission, advocacy, sponsorship and governance, system partnerships and information technology. Dean will deal with operations — such as clinical, financial and human resources.

Key strategic and reinvestment opportunities for the newly-formed system include:

-Expanding community-based care, including providing outpatient and virtual services such as telehealth, micro-hospitals, and precision medicine;

-Expanding clinical programs addressing specific needs, such as for those with chronic illness, aimed at helping them remain healthier and functioning in the community for longer;

-Continuing to further advances in digital technologies — such as stroke robots and Google Glass.

The merged giant will have over 700 care sites and 139 hospitals, almost 159,000 employees and over 25,000 doctors and practice clinicians. Its size will likely reflect the 2017 numbers of its underlying organizations — in that year they delivered about $4.7 billion in charity care, community benefit, and unpaid cost of government programs.

They had in 2016 a combined revenue of about $27.8 billion, according to the Wall Street Journal.

There is no geographical overlap between the two groups, they stated.
1(current)
2