SNMMI warns providers to prep for expected shortage of Mo-99 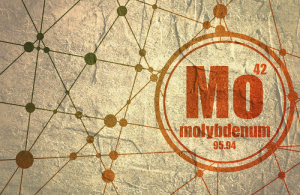 Its announcement follows the commencement this week of a planned 11-day shutdown of the Open Pool Australian Lightwater (OPAL) reactor for maintenance, as well as the ongoing suspension of activity at the NTP Radioisotopes facility in South Africa, which ceased production last November following the discovery of a suspected hydrogen leak.

“With significant shortages anticipated, it is essential that users contact their generator/nuclear pharmacy providers for advice about their local situation,” said SNMMI in a statement. “The Association of Imaging Producers & Equipment Suppliers (AIPES) Emergency Response Team is closely following the situation. The group issued an update on October 30, and SNMMI will post updates as they become available.”

The U.S. consumes approximately 50 percent of the world's supply of Mo-99 and relies on a significant amount of Iodine-131 (I-131) for nuclear medicine procedures, which benefit More than 20 million Americans annually. More than half of these patients are in need of Technetium-99m, the daughter isotope of Mo-99, and many also require I-131 for diagnostic and therapeutic procedures, making them particularly vulnerable to shortages of both due to the NTP and now, OPAL, suspensions.

The shutdown of the OPAL reactor is the second this year in the land down under to affect access to Mo-99 worldwide, the first being the suspension of Tc-99m generator production back in July due to a mechanical failure in a transfer conveyor. Production resumed a month later.

The lack of generators, where bulk Mo-99 exports are stored and decay into Tc-99m during transport to healthcare facilities, disrupted access to the radioisotope for nuclear medicine providers throughout Australia, the U.S. and other countries, subsequently delaying necessary exams for patients.

The shutdown over the last year of the NTP facility in Pelindaba, South Africa has also presented challenges, with the plant one of four Mo-99 processing facilities worldwide that extracts Mo-99 from uranium targets and purifies it for shipment to Tc-99 generator manufacturers. It currently provides 20 percent of global demand for Mo-99.

Despite a brief and temporary return to service in February, production issues once again placed and have kept the reactor offline.
1(current)
2