Missouri reactor becomes sole US domestic source of I-131 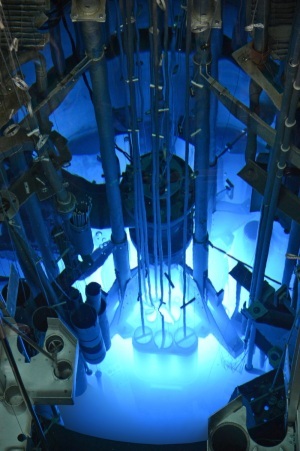 University of Missouri
Research Reactor
An estimated 53,990 diagnoses of thyroid cancer are projected to be made in the U.S. in 2018, with 2,060 deaths expected by the National Cancer Institute. Reducing these figures requires the need for a domestic supply of Iodine-131, a radioisotope used to diagnose and treat thyroid cancer and hyperthyroidism.

Lacking such an establishment over the last three decades, the U.S. has largely depended on costly, foreign imports at risk for occasional supply chain interruptions that can cause delays in the ability to provide necessary imaging exams to patients.

But the wait for one has come to an end in the form of the University of Missouri Research Reactor (MURR) which recently shipped its first batch of I-131, securing its place as the sole supplier of the radioisotope and the first since the 1980s.

“I-131 is only supplied by a handful of research reactors around the world. Therefore, when reactor shutdowns occur simultaneously the supply chain can be disrupted,” David Robertson, executive director of MURR, told HCB News. “Following the shutdown of Canada’s NRU facility earlier this year, two other reactors experienced temporary shutdowns which further impacted the supply of I-131. If it wasn’t for MURR, patients would have gone without scheduled treatments.”

First cleared by the FDA in 1951, I-131 sodium iodide has become one of the most widely used radiopharmaceuticals throughout America for both diagnostic imaging and treatment of cancer and hyperthyroidism. Its natural absorption by the thyroid gland enables it to directly target and eliminate thyroid tumor and cancerous tissue.

Access to the drug has become limited due to the temporary shutdowns this year of the Open Pool Australian Lightwater (OPAL) reactor and NTP Radioisotopes facility in South Africa, as well as the complete shutdown of the Chalk River reactor in Canada, all of which have led to shortages in not just I-131 but other highly sought radiopharmaceuticals including molybdenum-99 (mo-99), the parent of radioisotope technetium-99m (Tc-99m).

At the same time, establishing a supply in the U.S. has been met with complicated logistics and challenges revolving around the eight-day half-life of I-131, making it impossible to stockpile. Upon first entering the market this summer, MURR became one in a handful of research reactors worldwide that are capable of supplying the radioisotope to drug manufacturers, who then provide it to hospitals and patients for distribution.

In use for more than 50 years, the 10-megawatt facility operates 6.5 days a week throughout all 52 weeks in the year, producing highly sought radiopharmaceuticals such as Therasphere, Quadramet and Lutathera, which recently obtained FDA clearance for treating pancreatic cancer, to clinical sites worldwide.

Its role as a source for I-131 will reduce reliance on foreign-only supplies by nuclear medicine providers such as International Isotopes (INIS), which has supplied the radioisotope from such sources to the U.S. for close to 15 years and now plans to rely on MURR as one of its major suppliers in the future.

“In addition to a reliable weekly supply, scheduling and logistics are imperative when dealing with short-lived isotopes. Doctors and patients need to be confident that drugs are available when they need them,” said Robertson. “MURR has extensive experience shipping isotopes around the world and a distinct advantage being located in the center of the country.”