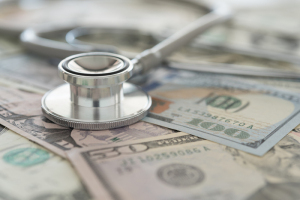 The idea for the new model, announced this week, ties in with the government's assessment of bundled payments rather than separate ones for individual services and procedures, and partially stems from the success of the Bundled Payments for Care Improvement model (BPCI) in several common inpatient episodes, including joint replacement and pneumonia. HHS' recently launched version, BPCI Advanced, currently consists of more than 1,000 participants that are receiving episode-based payments for over 30 clinical areas.

Though participation is voluntary, Secretary of Health and Human Services Alex Azar says the implementation of a mandatory model is essential for determining which approach provides the most savings and greatest quality of care.

“Real experimentation with episodic bundles requires a willingness to try mandatory models,” he said Thursday in a speech at the Patient-Centered Primary Care Collaborative conference in Washington, D.C. “We know they are the most effective way to know whether these bundles can successfully save money and improve quality.”

Such experimentation is part an aim to create a simplified system that tamps down regulations, such as staffing ratio requirements and the burdensome task of individually reimbursing for each procedure or prescription, and focus more on pursuing optimal outcomes, with HHS planning to work with a variety of stakeholders to achieve these objectives. It has already started with the recent launch of a mandatory Medicare Part B model that seeks to reduce spending on drugs issued in hospitals and doctor's offices, and align U.S. payments for pharmaceuticals with those of other countries.

Though a majority of oncologists advocate for an alternative payment model, particularly due to the shift toward value-based care, many oppose the establishment of mandatory ones, seeing them as downside risks that subject Medicare patients to untested approaches with unknown results following treatment, all for the sake of lowering healthcare costs. They also argue that such models lack enough evidence to prove their worth.

While expressing its concern over this detail, the American Society for Radiation Oncology applauded Azar and CMS for the development of a radiation oncology alternative payment model (RO-APM), offering its expertise and support in the creation and implementation of one.
1(current)
2