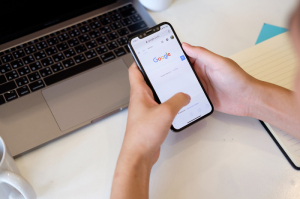 Google has reabsorbed DeepMind,
including control of its mobile
app, Stream
Google Health will reabsorb DeepMind’s health business as part of a plan to transform its Stream mobile app into an AI assistant for physicians and nurses.

The healthcare giant announced its decision Tuesday to take back the U.K.-based AI company, an autonomous company that operates within the Alphabet Group, which has since helped it on a number of projects, including the use of AI in reading mammograms and head and neck CT scans, and data mining of historical health records from the U.S. Department of Veterans Affairs to predict patient deterioration.

"It's been a phenomenal journey to see Streams – our mobile app that supports doctors and nurses to deliver faster, better care to patients – go from initial idea to live deployment, and to hear how it's helped change the lives of patients and the nurses and doctors who treat them," a spokesperson for DeepMind told HCB News. "Our vision is for Streams to now become an AI-powered assistant for nurses and doctors everywhere, combining the best algorithms with intuitive design, all backed up by rigorous evidence. However, it has become clear that in order to build on the success of Streams and our research projects, we need more resources and expertise to help us scale. The team working within Google, alongside brilliant colleagues from across the organisation, will help make this vision a reality."

The reabsorption by Google Health places all commercial applications deployed by the DeepMind Health group under the Google name beginning this week, when it finishes its run as an independent brand. This includes the Streams app, which is designed to automatically evaluate test results and alert relevant clinicians to potentially serious problems, such as kidney failure, providing them with information on previous conditions to assist in making diagnoses.

Google plans to advance its capabilities by combining the best algorithms with evidence in an intuitive design, and will work with DeepMind to implement the findings of its research in clinical settings. Its ownership under Google will also include the establishment of a products division incorporating health hardware, as well as a research effort.

The decision to take back the business is part of a broader strategy to increase collaboration and communication with Verily and among Alphabet’s various health projects. Leading this new endeavor is Dr. David Feinberg, the former Geisinger CEO, recently hired by Google to develop a strategy for the company’s various health and health-adjacent businesses.
1(current)
2
3