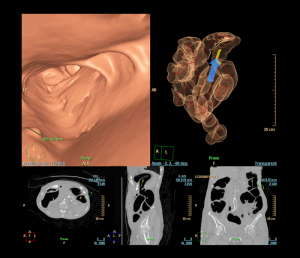 If more routinely offered by physicians, the procedure could lead to a rise in colorectal cancer screening compliance, which has experienced a decrease over the last few years and led to a gap of about 18 million adults covered by private insurance who are screening-noncompliant.

“This study estimated commercial optical colonoscopy costs compared to the highest potential cost for CT Colonography (CTC) and found that CTC costs 22 percent less, predominantly because of the lack of need for anesthesia and decreased need for pathology,” Dr. Judy Yee, one of the authors of the study and chair of the American College of Radiology Colon Cancer Committee, told HCB News. “This says that commercial payers should cover CTC as a less costly option for colorectal cancer screening.”

Traditional arguments against commercial coverage of CTC have revolved around its inability to remove precancerous polyps compared to optical exams, with many claiming that using CTC will only increase costs due to patients having to undergo an optical exam afterward to remove them.

The invasive nature of optical colonoscopies though has created hesitancy around CRC screenings, with one in three patients not up-to-date on screenings and 23 million Americans not screened at all, according to the United States Preventive Task Force, which recommends such exams for asymptomatic average-risk adults, ages 50 to 75.

Evaluating the commercial membership and claims data of 28 million Americans from 2016 and Medicare feed schedules, the authors found CTC saved between 22 and 50 percent in costs, compared to optical colonoscopy, even when patients were referred for a follow-up optical colonoscopy.

Its lower expenses were chalked up to CTC being a less expensive procedure with less costly bowel preparation and a reduced need for anesthesia and pathology services, allowing patients to remain awake during exams. It also causes fewer complications such as colon perforation, significant bleeding, and infection, and is less invasive, a factor that could dissuade anxiety and contribute to higher screening rates.

In addition, radiology technologists can perform CTC scans, with results interpreted by a radiologist at another site, opening up greater opportunities for underserved areas that are disproportionately under-screened.
1(current)
2