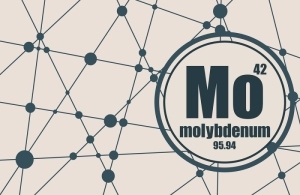 The NTP Radioisotopes facility in South Africa is back up and running, following a year-long shutdown resulting from a series of safety-related issues.

Getting the thumbs up last week from the National Nuclear Regulator (NNR) in South Africa, the Pelindaba facility has once again commenced production, a move that is expected to help alleviate medical radioisotope shortages locally and internationally, including that of molybdenum-99.

“Our priority was to facilitate an uncompromised safe return to reliable supply of this active pharmaceutical ingredient (API) from South Africa to the global nuclear medicine fraternity with the emphasis being on safety and reliability,” South Africa’s deputy minister of energy, Thembisile Majola, said in a statement. “The Deputy Minister added that while the NNR’s processes were sometimes seen as time-consuming, they were essential to the outcome. The nuclear regulator’s primary mandate is to ensure that all safety standards are met, so that we can achieve safe operating conditions.”

One of four worldwide locations that produces Mo-99, the plant shut down last November, due to a number of issues, including the discovery of a suspected hydrogen leak which caused a production loss at the time of 3.5 million rand ($300,885) daily.

Aside from a brief, temporary reopening in February, the facility remained closed for a year, limiting access to Mo-99 and other isotopes required for the production of radiopharmaceuticals for use in medical exams.

Its reopening follows a recent warning put out by the Society of Nuclear Medicine and Molecular Imaging for providers to expect a shortage of Mo-99 during the first half of November, due to the continued shutdown of the facility, as well as an 11-day closure of the Open Pool Australian Lightwater (OPAL) reactor in Australia for maintenance. The warning even triggered a formal request from the Council on Radionuclides and Radiopharmaceuticals for the NNR to resume production in support of ongoing medical needs for patients in the U.S. and abroad.

The OPAL reactor, which experienced another temporary shutdown over the summer due to a mechanical malfunction in its conveyor belt, also reopened this month, as did the High-flux Advanced Neutron Application Reactor (HANARO) in South Korea, according to Yonhap News Agency.

The NTP Radioisotopes facility provides 20 percent of the global supply of Mo-99, extracting and purifying it from uranium targets for shipment to Tc-99 generator manufacturers, who then distribute it to hospitals, clinics and imaging providers.

The plant is currently focused on restoring its growth and rebuilding customer relationships.

“Before the shutdown we were a profitable R1,3-billion turnover company,” said NTP Group MD Tina Eboka in a statement. “Right now, we need to focus on returning to those levels of success as quickly as reasonably possible and position NTP for sustained growth over the medium term. Now, with the approval of the NNR and the support of the Ministry, and Necsa as the licence holder, we can focus on a strategy of consolidation, and then growth.”