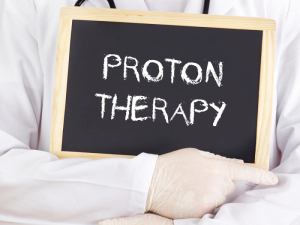 The case surrounding the death of Orrana Cunningham, who was diagnosed with stage 4 nasopharyngeal cancer near her brain stem, has stirred conversation around proton therapy coverage for patients with certain forms of cancer.

“Nasopharyngeal cancer is a good example of a rare form of cancer which may be better treated with proton beam therapy and without resulting in harmful side effects,” Professor Karol Sikora, chief medical officer at the Rutherford Cancer Centre South Wales, which just this year became the first clinic in the U.K. to provide high energy PBT, said in a statement.

Cunningham was recommended in 2014 to undergo PBT by her doctors, who saw the treatment as more effective than radiotherapy for treating the form of cancer she had, compared to radiotherapy, due to its ability to target and eliminate tumors with a minimal damage to surrounding healthy tissue, thereby creating a lower risk for incurring harmful side effects.

Her insurance provider, however, refused to cover the cost, viewing the treatment as “experimental”. Cunningham and her husband attempted to raise funds for the procedure themselves but Cunningham died before they could, in May 2015.

Based on testimonies from proton and radiation-oncology experts, the jury determined proton therapy not to be an experimental treatment, but one that has been verified as efficient and was medically necessary for Cunningham.

Despite being used for decades throughout the U.S., proton therapy is relatively new, with the first center dedicated to its use opening in the early 2000s. Since then, 26 centers have opened up throughout the country but are still limited in providing such treatment to patients due to insurance providers not willing to cover the medical expenses involved with it, based on a lack of understanding around its use.

This lack of awareness also expands outside the medical field, a recent example being Tennessee Governor Bill Haslam’s (R.) decision to veto a bill that would have made coverage for proton therapy mandatory under state employee insurance plans.

Dr. Justin E. Bekelman says refusals of coverage such as this are harmful not just in clinical settings but in trials as well, preventing patients from participating in randomized studies that could potentially generate greater awareness of the benefits of such procedures.

“While coverage policy is an important tool that can reduce inappropriate use of medical technologies, it can also create barriers to evidence development,” Bekelman, an associate professor of Radiation Oncology and Medical Ethics and Health Policy and senior fellow at the Leonard Davis Institute for Health Economics at the University of Pennsylvania’s Perelman School of Medicine, told HCB News in an op-ed.