Glassbeam partners with EQ2 and RENOVO

Glassbeam partners with EQ2 and RENOVO 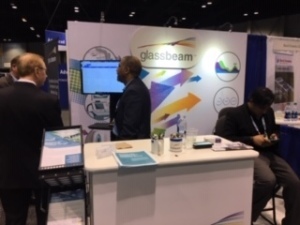 Glassbeam partners with EQ2 and
RENOVO
Glassbeam is entering the world of computerized maintenance management systems (CMMS) and extending its capabilities for ultrasound through two new partnerships.

Discussing its plans at the annual Radiological Society of North America conference in Chicago, the machine data analytics company intends to integrate its machine data insights technology with the CMMS vendor EQ2 hospital equipment management system (HEMS) to enhance device uptime and utilization. It will also form a joint solution with RENOVO SOLUTIONS for predicting and effectively leveraging unplanned downtime in ultrasound equipment.

Utilized by bioengineering groups, CMMS software acts as a ticket management system that tracks issues, such as downtime, that occur in a variety of devices, ranging from syringe pumps to MR, CT and ultrasound systems. Its use, however, is limited by its reliance on human-made data entry.

“The machine may have failed or may be fixed after the failure is found but it’s left up to the human being to go back into the system and say I’ve fixed it and it’s running,” Puneet Pandit, CEO of Glassbeam, told HCB News. “If you can validate that with the machine – as in the actual performance of the machine, or log data – you’re now basically getting a more truthful answer to what’s going on.”

The availability of Glassbeam’s data analytics capabilities equips users of EQ2’s HEMS platform with a range of features for better managing day-to-day operations of their product fleets.

“When we go and meet our partners or other healthcare providers, they’re asking us, 'can you work with the CMMS software that I purchased?',” said Pandit. “It’s customer-driven because they want a single pane of glass to manage their assets. Assets go up and down with efficiency issues and other types of problems. They want Glassbeam to interact with the same kind of single pane of glass.”

Like CMMS software, service models for maintaining ultrasound equipment are also flawed, unable to assist healthcare providers in fully leveraging the large amounts of useful data produced by such machines.

Glassbeam plans to change this with RENOVO by creating a device capable of predicting failures and identifying inefficient utilizations that lead to unplanned downtime in ultrasound equipment, thereby enabling users to set up planned downtime to address the issues at hand. The result is expected to maximize revenue generation by increasing machine uptime and utilization, while reducing service costs.

In addition, RENOVO will serve as a reseller of Glassbeam’s analytics platform, offering the technology to its client base in the ultrasound market which includes all major OEM products, though the initial focus of the collaboration will be centered on supporting Philips ultrasound machines.

“Our goal with RENOVO right now would be to take what we have with Philips and extend that into Siemens and GE, creating a single kind of view across the entire fleet of ultrasound machines,” said Pandit, adding that the partnership will extend in the near future to include other imaging equipment, including CT and MR. “That’s really the benefit of this partnership.”