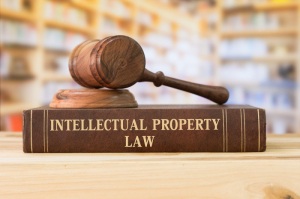 Filed in the U.S. District Court for the Southern District of New York, the suit accuses the tech giant of stealing and using Spectrum Dynamics’ trade secrets to develop and file a patent related to technology and design of what would become its VERITON/VERITON-CT, the first multi-purpose, 12-detector SPECT system that delivers 360-degree, full-body contour scanning to produce 3D coronary, bone and neuro images.

“By stealing Spectrum Dynamics’ inventions, GE avoided years of its own R&D efforts and considerable expense in an effort to hasten the development of its own directly competing device,” Michael Joos, president and CEO of Spectrum Dynamics, said in a statement. “GE sought a shortcut to a technology that its own engineers were unable to develop. GE had no right to patent and produce technology it stole and should be prevented from going to market with it.”

Launched in June at SNMMI, the 12-detector scanner is the first and only technically optimized solution that enables broad-based transition from analog to digital within the SPECT imaging equipment market. It is predicted to offer an assortment of benefits, including improved clinical patient outcomes and reduced costs for hospitals and healthcare systems.

With its lawsuit, the specialized SPECT cardiac imaging equipment producer hopes to block GE from developing, commercializing and using in any other way the trade secrets and ideas it is alleged to have stolen.

The company is also claiming unfair competition and seeking corrections to “inventorship” on GE patents that lay claim to Spectrum Dynamics inventions, as well as constructive ownership of the GE patents. Additionally, it seeks preliminary and permanent injunctive relief to prevent GE from continuing to exploit its intellectual property.

“The technology and knowledge that Spectrum Dynamics pioneered are incredibly valuable, as they bring the benefits of broad digital adoption to SPECT imaging, driving improved clinical patient outcomes and reduced costs for hospitals,” said Joos in his statement. “While it is regrettable that we are forced to file a lawsuit against GE, we were left with no choice. As a pioneer in full-body digital nuclear imaging systems, we will aggressively defend our inventions against these illegal actions by GE.”

In response, GE told HCB News that it "observes and respects intellectual property rights, and denies these allegations."