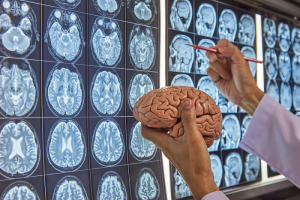 The aim is to build a scanner capable of exerting a magnetic field strong enough to show for the first time the structure and activities of every neuron in a living human brain, enabling clinicians to assess the consciousness and brain-related diseases.

“It will show us a different world with phenomenon unseen before … maybe even the soul,” a senior scientist told the South China Morning Post, using the term, "soul" to refer to the theoretical human consciousness, the existence of which has long been debated within the scientific community.

Typical medical MR scanners generate 1.5 or 3.0 Tesla, though ones that generate up to 7 Tesla have also been cleared for use. A system as powerful as 10.5 Tesla was used back in March at the University of Minnesota to perform human scans. These systems can only resonate hydrogen nuclei.

The development of a 14 Tesla scanner, however, would be able to exert a magnetic field strong enough to stimulate the nuclei of heavier elements, with researchers envisioning the billion-yuan device to be able to track various types of chemical agents including sodium, phosphorus and potassium, all of which pass critical signals along neural fiber networks that are indicative of activities associated with the consciousness and the impact of conditions such as Parkinson’s and Alzheimer’s.

“If we can make these elements resonate in the same manner of the hydrogen, the information we obtain will increase like ‘boom, boom, boom’,” said a Beijing-based physicist involved in the project. “We may for the first time capture a full picture of human consciousness or even the essence of life itself. Then we can define them and explain how they work in precise physical terms – just like Newton and Einstein defined and explained the universe.”

The system will also be designed with a resolution of up to one micrometer, enabling clinicians to visualize entities such as the cell body of a neuron which has a diameter of four to 100 micrometers. Even the most powerful MR systems today cannot visualize objects smaller than 1 mm.

Designing the system, however, is expected to take five years before construction can begin, with technical challenges expected to cause additional delays and changes in budgets. Extensive animal testing will also have to be performed to ensure the device is safe for humans.

“No human being has been exposed to a magnetic field as strong as 14 Tesla,” said Professor Lu Haidong, a brain scientist at the State Key Laboratory of Cognitive Neuroscience at Beijing Normal University. “Some side effects such as internal heating may occur. The safety risk must receive stringent evaluation before scanning a living human.”

The only stronger system developed is a 15.2 Tesla preclinical ultrahigh-field MR scanner which was installed last October at the Weizmann Institute of Science in Israel.

The first phase of the Chinese project was approved last month by the Central People’s Government in China, with physicist Zhao Zhongxian, winner of China’s top science award for his contributions in superconducting material science, set to act as a science adviser.

The project is based in the city of Shenzhen in Guangdong province.