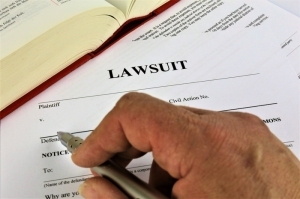 A California woman has filed a lawsuit against a former male ultrasound technician and the hospital he worked at on allegations of rape.

Identified as Jane Doe, the woman filed the suit Monday in San Manteo County Superior Court against Shukrat Saydaliyev and San Mateo County Medical Center, accusing him of sexually assaulting her while she was medicated and in the midst of an ultrasound exam, according to The Palo Alto Daily Post.

“Plaintiff was traumatized and felt frozen," according to the suit. "She felt weak from the medicine and was scared to tell anyone what happened."

The event is alleged to have taken place on March 8, 2017 when Doe, who felt ill, admitted herself to the hospital where a nurse ordered an ultrasound exam for her. Prior to the procedure, she was administered an unknown medication, which along with her ailment, made her feel weak.

Doe was left alone with Saydaliyev for an hour and 16 minutes, during which time he performed a stomach ultrasound on her before applying lubricant to her private area and began conducting a vaginal ultrasound which lasted about 30 minutes.

Doe claims that during the vaginal exam, she asked if she could relax and close her legs but that Saydaliyev told her no and continued touching her private area after the procedure ended, eventually raping her. He then wiped Doe off with towels and covered her with a sheet, according to her suit.

Doe returned to the hospital the next day with her husband to report the attack. Attendees alerted the police who arrested Saydaliyev for the rape of an intoxicated person and sexual battery. Saydaliyev, however, was not charged and released from jail due to lack of corroborating evidence, according to San Mateo County District Attorney Steve Wagstaffe.

“It came down to her word against his, and there was no corroborating evidence,” Wagstaffe said. “I’m not at all saying that this didn’t happen. But we need to prove things beyond a reasonable doubt, and since he denies this happening, it creates a reasonable doubt.”

Doe claims the attack has left her with feelings of insomnia, depression, nightmares and anxiety, as well as the need for a therapist and medication to support her mental state. Her suit accuses the hospital of acting improperly by allowing an ultrasound technician to examine a patient of the opposite sex without someone else in the room, and of hiring Saydaliyev without a background or reference check.
1(current)
2