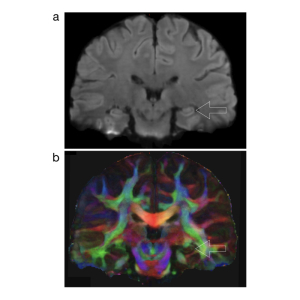 A research team is developing an MR
scanner that can perform exams in
around 15 minutes and produce higher-
resolution images
Lying still during MR procedures may soon require less of a time commitment.

Researchers from the College of Engineering at the University of Arizona have set to work developing a machine that cuts scanning time to around 15 minutes or less for patients with conditions that make it difficult to remain still, such as Parkinson’s disease. The machine will also produce higher-resolution images that provide more details on the stage of a disease and may pave the way to earlier diagnoses.

“If patients are unable to remain still for an extended period of time to complete the required MR exam, then they might be sedated or anesthetized so that high-quality MR data can be acquired,” Nan-kuei Chen, principal investigator and associate professor in the UA Department of Biomedical Engineering, told HCB News. “However, the sedation and anesthesia are not risk free; the potential adverse effects include oxygen desaturation, respiratory distress, motor imbalance, hypotension, injury to arteries, veins or nerves, and post-anesthetic delirium among many others.”

In the case of Parkinson’s, pre-motor stages, such as rapid eye movement sleep behavior disorder or a reduced sense of smell, commonly begin 10-15 years before a formal diagnosis is made, at which time 60-70 percent of dopamine-releasing neurons have already been damaged, limiting available treatment options.

The team plans to address this issue with the integration of multiplexed sensitivity encoded MR (MUSE), which will reduce motion artifacts and inconsistencies created when the subject moves, as well as incorporate multiple types of MR data such as iron levels, gray matter volume and white matter volume. It also will include a “denoising” process to reduce noise-related errors in long-exposure images by up to 90 percent.

Another addition will be diffusion tensor imaging technology developed by Chen, who, along with his team, has alternated between scans that move from the top down and ones that move from the bottom up to cancel out the distortions, the presence of which results in geometrically warped images due to the asymmetric scanning pattern used by the equipment.

The project is expected to be completed over a five-year period with the first phase utilizing transcranial magnetic stimulation to validate the efficiency of the methods on new patients and validating the accuracy of findings. During this time, Chen and his team will evaluate and compare data collected from patients at high risk of developing Parkinson’s to those in the early and late stages of the disease.
1(current)
2