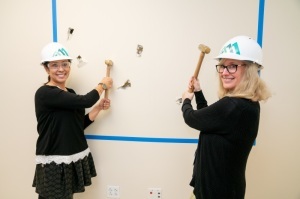 The $18.37 million initiative will oversee the installation of a new interventional radiology suite and “state-of-the-art” equipment at the $116 million, Monterey county-owned facility in California.

"We have a growing community that is in need of medical care. Modernizing the imaging department is a critical piece to getting our patients and our own family members well again," Daisha Marsh, BS RT (R)(CT), Diagnostic Imaging manager at Natividad, told HCB News. "Without imaging it would be very difficult to diagnose all of our patients."

Nearly 74,000 radiological exams were performed last year at Natividad. The project is intended to support the hospital’s Level II trauma center and other hospital services, and will be carried out in a way that reduces movement required of patients throughout the hospital and speeds up the diagnosis process.

Heading the project will be Otto Construction, which will reconfigure eight rooms, adding a new interventional radiology suite and a large ultrasound suite. The hospital also plans to install a 3 Tesla MR scanner, two 128-slice CT systems, and a SPECT-CT Nuclear Medicine camera.

The new additions follow the initial phase of the modernization effort, which saw the replacement of the department’s X-ray equipment in 2013 with digital-enhanced radiographic equipment. In addition, Natividad is also in the middle of implementing a $3 million Nurse Call system upgrade, a $1.2 million pharmacy department remodel, a $2.23 million Natividad Medical Group building expansion, and improvements of $840,000 to its parking lots and roads.

"These upgrades allow us to modernize our current workflows and automate some of the functions that we were having to do manually," said Marsh. "Scan times will be faster, images will be clearer, and patients won't have to travel to get specialty imaging that we haven't been able to provide before. We will be able to do their exams right here in the community."

In addition, the hospital requires an extension of its emergency department, which sees 53,000 patients annually, almost double what it did a decade ago.

The equipment will cost between $5 million and $6 million. The project is being funded through hospital reserves and a $100,000 contribution made by the Harden Foundation. It is expected to be completed within the next 24 to 36 months.