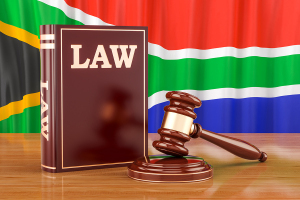 Former executives of Necsa are
attempting to overturn their
suspensions in court
Former board members of the South African Nuclear Energy Company (Necsa) have resorted to paying 1.5 million rands (more than $108,000) in out-of-pocket expenses to hold a court hearing this week in an attempt to overturn their suspensions, according to Moneyweb.

Energy minister Jeff Radebe dismissed chairman Kelvin Kemm, CEO Phumzile Tshelane and audit and risk director Pamela Bosman this past November, accusing them of exhibiting “defiance and ineptitude” through their actions. In response, the three claim their dismissal is related to the minister’s involvement in a plan to sell NTP Radioisotopes, a Necsa subsidiary and medical isotope production plant, to an American buyer.

The allegations made against the trio include unauthorized foreign trips, the relaying of false information to the press, and the approval of unauthorized increases in remuneration. Radebe says recommendations were made by the Department of Energy to replace the three ahead of 2019 when their positions would be up for renewal, and argues that reinstating them would disrupt the workflow of the nuclear company under its new board.

One of the primary reasons provided to justify the suspensions centers around the monthslong shutdown of the NTP facility, one of the few profitable state-owned companies, which suspended operations in November 2017 due to a suspected hydrogen leak. The facility started up production once more in February 2018, upon receiving approval from the NNR.

“We remain eternally grateful to our customers in the United States, Europe, Japan, Middle East and South Africa who showed their unwavering support and wished us well,” said Tshelane at the time of its reopening. “To all our stakeholders globally, who were affected, we thank you for your understanding and patience. Your empathy throughout this period is highly appreciated.”

Operations, however, ceased once more at the end of May, when it was discovered that operators were not ensuring the facility was in safe mode before starting production runs. The employees found responsible were subsequently removed from the plant, with three re-engaged after accepting blame and one opting for early retirement. Production recommenced at NTP in November.

Radebe attributes the cause to an apparent lack of leadership by Necsa, though Kemm argues in his affidavit that Necsa retains its own legal personality, board and balance sheet, as evidenced by the fact that that the regulator instructed NTP directly to shut down Cell 19 of its reactor, rather than Necsa.
1(current)
2
3