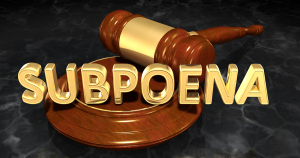 Four Rhode Island ED physicians have
been subpoenaed for erroneous
imaging orders
Four doctors at a Rhode Island hospital may soon find themselves before a judge on charges of medical misconduct linked to the facility’s EHR system.

The four emergency room physicians, who work at Rhode Island Hospital, have been subpoenaed over the last few days in regard to erroneous orders made for unnecessary X-rays and other scans. In response, the four assert that such an action against them risks hindering voluntary reporting of medical errors and are backed by experts who claim that such mistakes often take place due to the complexity of EHR screens and relative ease in making wrong moves, such as clicking the wrong icon or patient ID.

“Anyone punishing individual providers for these events is punishing the wrong thing,” Jason Adelman, chief patient safety officer at New York-Presbyterian Hospital, told Politico. “These are system issues, not the provider being reckless. The focus should be on things like EHR usability and safety.”

The closure of a nearby hospital and its emergency room has added to the workload experienced by ED clinicians at Rhode Island Hospital, with many saying that the stress has opened up a greater likelihood for certain computer mistakes to take place in a shift for an ED physician, which involves typically 4,000 mouse clicks.

Four such errors occurred at RIH, resulting in the hospital receiving a consent decree from the state. The mistakes included scans on the wrong side of the patient’s body, and in one instance, on the wrong patient, according to the decree, which does not name the physicians. They involved a mammogram, heart X-ray and invasive angiogram performed on three patients, as well as a vertebroplasty on a fourth patient in which an injection of cement to fix a cracked vertebra was applied to the wrong vertebra.

Under the decree, the hospital is required to report any near-misses or other patient safety risks. It also recommends that clinicians in the ED only keep open one patient’s record at a time on their computer screens, a topic that is under debate according to Lorraine Possanza, director of the Partnership for Health IT Patient Safety at the ECRI Institute.

She specifies that research shows this may not be the case in an emergency room, where physicians have to handle and monitor numerous patients at once. She added to Politico that wrong-side errors are common. “We have frequent reports of wrong-side errors.”
1(current)
2