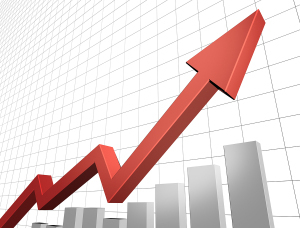 Companies in the business of creating AI-powered solutions for medical imaging acquired almost $580 million in capital investment in 2018.

That is the estimate made by Signify Research in an analysis of funding for these entities, and more than double the amount they acquired in 2017. The report also reveals that the investments fall under Series B rounds and onward, signaling a shift among investors from early-stage investments, such as Angel, Seed and Series A, to later-stage deals.

“The shift to later-stage funding suggests that these startups are moving beyond the initial research and development stage to commercialization and are scaling-up their operations,” Simon Harris, managing director of Signify Research, told HCB News. “Some of the ways we're seeing later-stage investments used include funding for clinical validation studies, development of additional products, international expansion, and the expansion of operational aspects of the business.”

Of the 84 companies that disclosed funding between 2014 and 2018, the average funding per business was $14.4 million. This number, however, drops to $9.2 million when excluding HeartFlow, which was the highest-funded of all companies for raising $476.6 million for applications in cardiology. Following behind it is U.S.-based Voxelcloud, with a funding of $80.5 million for general imaging, and China’s Infervision, with $73.1 million in funds in the same area.

From a geographical standpoint, Asian companies such as Infervision acquired some of the largest funds in 2018 and took 42 percent of the $240 million invested that year, with the exception of HeartFlow’s $240 million Series E round.

This fact can partially be attributed to the expansion of these enterprises into other regions and countries, such as Europe and the U.S, an example of the numerous types of late-stage investments taking place. Others include reader studies for validating the efficacy of AI in medical imaging, and the development of a broader range of solutions for multiple pathologies and body areas to expand the capabilities of an initial offering and provide a greater diversity of products to the market.

These and all AI funding efforts are expected to have the largest impact for providers in their return on investment. Such influence is expected to take place in a number of ways, according to Harris.

“In markets with a shortage of radiologists, over the long-term, one of the greatest impacts from AI will be productivity and workflow tools,” he said. “It will enable more cost-effective diagnosis pathways, such as the use of noninvasive fractional flow reserve CT rather than angiography, as well as virtual biopsy. Additionally, AI tools allow will lead to more cost- and clinically-effective treatment pathways, and enable greater use of quantitative imaging for more personalized and precision healthcare.”

The report indicates that more than 120 startups are dedicated to developing AI for medical imaging, and that the companies listed within it have received investments of more than $1.2 billion since 2014.