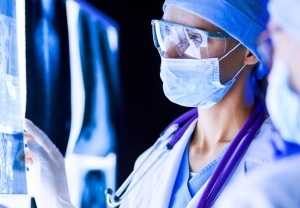 The same radiology expertise that helped set the standard in spotting child abuse can also effectively find intimate partner violence (IPV), according to a study just published in Radiology.

IPV is a serious, preventable social and public health problem that impacts millions of women in the U.S.

“Our institution has a dedicated domestic abuse intervention program that provides support and resources to IPV victims,” Dr. Elizabeth George, lead author and chief resident, Department of Radiology, Brigham and Women’s Hospital and clinical fellow, Harvard Medical School, told HCB News. “Many of the patients referred to this program were from the emergency department. In discussions with emergency medicine colleagues, our team came to the realization that there is an unrecognized opportunity for radiologists to improve the identification and care of these patients by supplementing clinical evaluation with objective imaging data.”

IPV describes physical, sexual or psychological harm by a current or former partner or spouse, according to the study. George said that radiologists had played an essential role in the identification of non-accidental trauma in children, but little is known about imaging in intimate partner violence.

The most important finding of the study was that imaging results – specifically acute fractures and obstetric complications – were more common in IPV victims compared to the general population who arrive in the emergency department.

“The imaging findings in itself are not uncommon … as radiologists, we encounter them often,” explained George. “Our study suggests that these otherwise common findings could be indicative of IPV in the setting of certain socioeconomic factors identified in our study.”

The study also found that IPV victims on average underwent four times more imaging studies than the general population. IPV victims were also more likely to be of non-white race, homeless, and suffer from psychiatric illnesses. These combined traits suggest that radiologists play a crucial part in multidisciplinary IPV teams. Radiologists can assist in the care of IPV victims through the review of current and prior imaging findings, in combination with clinical history and demographic factors.

“Our study encourages radiologists to take on a key role in these multidisciplinary groups by using objective imaging data to supplement clinical evaluation,” said George.

For the study, electronic medical records from 185 patients referred by Brigham and Women's Hospital Emergency Department (ED) to the intimate partner violence support program from January 2015 to October 2016 were reviewed. These records were then compared to an age- and sex-matched control group of 555 patients who were seen in the ED. Reports of all patient imaging exams performed within the preceding five years were also reviewed.