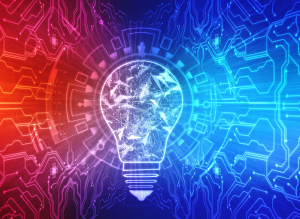 AI and deep learning are valuable tools in aiding radiologists to diagnose elbow fractures quickly to speed up care in emergency and urgent care settings. Such was the finding of a study published recently in the first issue of Radiology: Artificial Intelligence, a new RSNA medical journal.

“The biggest benefit I foresee with the implementation of deep learning in the setting of triage is identifying studies that need more attention," Dr. Jesse Rayan, lead author and body imaging fellow at Mass General Hospital told HCB News. “This will allow radiologists to prioritize these studies in their queue of scans to interpret and home in on specific findings that may have otherwise been overlooked.”

The study team found that a convolutional neural network (CNN) with a recurrent neural network (RNN) can accurately interpret a set of radiographs together. They also demonstrated that modern CNNs could identify fractures in skeletally immature patients where routine open growth plates have to be distinguished from a true abnormality.

“In the case of the pediatric elbow, two to three views of the elbow are typically acquired for a single exam,” explained Rayan. “The human radiologist can process a set of views to produce one diagnosis. We wanted our model also to be able to process multiple views, which is why we combined an RNN with a CNN.”

What was particularly remarkable, according to Rayan, was the breakdown of pathology the model detected. It only missed one in 241 cases of supracondylar fractures and one in 88 cases of lateral condylar fractures. Overall, the study model achieved an accuracy rate of 88 percent, or AUROC of 0.95.

The model did worse, however, with rare pathology. This is a known problem in deep learning, as most modern deep learning models primarily achieve their success on balanced datasets.

“Our model will likely improve if we balance the dataset with more cases of rare pathology. Further advancements in deep learning might also assist with this problem,” he said.

A total of 21,456 radiographic studies, containing 58,817 images of the elbow and associated radiology reports over the course of four years from January 2014 through December 2017 at Texas Children’s Hospital were retrospectively retrieved. Mean age was 7.2 years, and 43 percent of patients were female. The studies were binomially classified, based on the reports, as either positive or negative for acute or subacute traumatic abnormality.