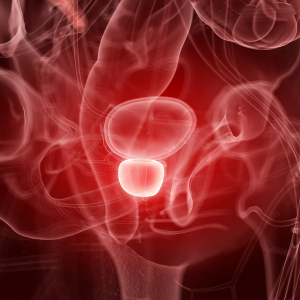 That is the finding of the NRG Oncology clinical study, NRG-RTOG 0415, a phase III non-inferiority trial designed to compare the efficiency of hypofractionated radiotherapy schedules to conventional ones for patients with low-risk prostate cancer.

"These results provide a tipping point of evidence, when added to similar trials, that a hypofractionated treatment schedule should be the standard of care for men with low-risk prostate cancer who choose among all options to be treated with radiotherapy,” Deborah W. Bruner, the Emory University senior vice president for Research and the lead author of the NRG-RTOG 0415 manuscript, said in a statement. “The primary outcomes of NRG-RTOG 0415 demonstrated no difference in progression and survival between arms, and the results here confirm that there are also no differences in the important outcomes to patient of adverse events, quality of life, and resources utilized.”

H-RT was found to be no more harmful than C-RT in terms of bowel, bladder, sexual, and general quality of life, as well as anxiety and depression.

Randomly breaking up both schedules among 1,092 men across the U.S., Canada and Switzerland, researchers assessed patients at baseline, 6, 12, 24 and 60 months through the Expanded Prostate Index Composite for bowel, urinary, sexual and hormone domains, and evaluated anxiety and depression through the Hopkins Symptom Checklist. They also measured quality of life using Eq5D in 962 patients who consented to the QOL study.

No statistically significant differences in either arm were found at any point for HSCL and Eq5D, nor were any found in physician-reported grade three or greater gastrointestinal or genitourinary adverse events. A larger decline in the bowel domain was found at 12 months for those with H-RT, though the decrease was not declared clinically significant, as it did not meet the a priori threshold of an effect size of 0.5.

No other significant differences in change score between both sections were found in regard to the EPIC domain scores, with compliance rates ranging from 89.7 percent at baseline, 66 percent after one year, 60.8 percent after two years, and 55.5 percent after five. Similar rates were found for HSCL-25 and Eq5D.

Bruner and her colleagues argue that the trial demonstrates the benefits of H-RT as a standard of care, and disproves the idea that reduced lengths of time for treatment result in an increase of clinically meaningful AEs and reduced QOL.

"The most frequently patient-cited disadvantage of radiotherapy is the long duration of therapy,” she said. “This treatment would be more convenient for these men, would mean a decrease in the hours spent in treatment and away from family or work, and would cost them less."

Funding was provided in the form of grants from the National Cancer Institute.