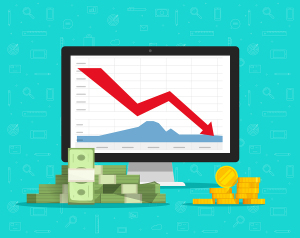 A new analysis from MEDraysintell, a market intelligence group specializing in radiotherapy and nuclear medicine, confirms that the high level of market activity seen in proton therapy during 2015 appears to have been an exception, not the norm, for investment in the cutting-edge cancer treatment.

Proton therapy has origins going back over 60 years, but the modern market really began in the early 1990's, Paul-Emmanuel Goethals, co-founder of MEDraysintell, told HCB News. It really started accelerating around 2007-2008, around which time Varian Medical Systems entered the market and Mevion Medical Systems (then called Still River) introduced a compact system concept, he added.

Barring any significant shake-ups, MEDraysintell is predicting the market will continue downward an additional 25 percent by 2020.

Although it's been said that at least 10 percent of external radiotherapy patients could benefit from proton therapy, only 0.7 percent actually received it in 2018. Meanwhile, the majority of facilities in operation are not treating the maximum number of patients possible, with only 17 percent of proton facilities treating over 200 patients per treatment room.

In order to reverse the trend, MEDraysintell recommends proton therapy stakeholders continue to publish research and expand the body of clinical evidence illustrating outcomes superior to conventional radiotherapy treatment. The group also called for stronger marketing so that more patients are referred to the treatment who stand to benefit.

The new report also indicates a market preference for single-room proton therapy facilities over multi-room. According to MEDraysintell, less than 40 percent of the facilities purchased in 2016 were single-room, whereas 2018 purchases were 100 percent oriented toward single rooms.

So, what does the future hold?

Currently, over 70 percent of proton therapy facilities are from just three vendors. Goethals anticipates "more than 10" vendors will eventually compete in the space, meanwhile consolidations will take place and hopefully the cost of equipment will start to trend downwards.

For more information on the proton therapy market forecast up to 2030, the full 350-page report and directory is available for purchase from MEDraysintell.