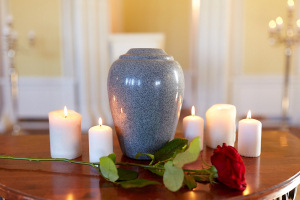 A law in Ontario prevents brachytherapy
patients from being cremated
A law preventing the cremation of loved ones who underwent brachytherapy in life is wrong and should be eliminated, say cancer and radiation oncology experts in the Canadian province of Ontario.

A case involving the refusal of multiple funeral homes to cremate the remains of Al Monk, whose family was unsure if he had TheraSeeds implanted for prostate cancer treatment, has prompted many to speak out against what they call an “outdated” law, claiming that it deters patients from receiving what could be a necessary treatment.

"It means that a fairly large group of people that have end-of-life plans that include cremation … are now not getting the best therapies that they might need," Curtis Caldwell, the chief scientist at the Radiation Safety Institute of Canada, told CBC News, adding that “about two years after this [brachytherapy] has been administered, you really need no precautions at all, no matter how much you treated the patient.”

Around 400 men in Ontario were treated with brachytherapy for prostate cancer in 2012, with the complete number reaching into the thousands annually. The most common form of brachytherapy involves the implanting of radioactive isotopes with a half-life of around 60 days. The total amount of radioactive material is then reduced by half every two months.

Along with Saskatchewan, Ontario forbids the cremation of human remains with nuclear substances, an issue that has caused many to seek other alternatives for laying their loved ones to rest, including shipping their remains to other countries that do not have such laws.

Supporters of the law argue that implants, such as TheraSeeds, put cremation operators at risk for radiation exposure and risk damaging crematorium equipment. Oncologists, however, say precautions such as wearing a mask, can protect against exposure.

The issue made headlines this past month in the Great White North when the family of Al Monk was told they could not bury him because they were unsure if he had received the form of treatment while battling prostate cancer. The family was turned away by multiple funeral homes, despite the fact that Monk had made all the preparations before his death and paid 2,124.40 Canadian dollars (US $1,590.33) to cover all costs associated with a basic cremation.

The family was shocked, as neither his doctors nor Highland Funeral Home, the place where he made his final arrangements, had informed them that such a law existed. Even the contract he signed did not specify it.
1(current)
2