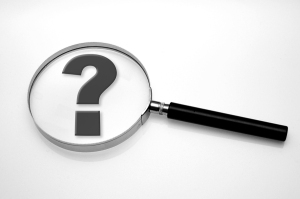 Researchers at the Champalimaud Centre for the Unknown in Portugal have introduced a new MR methodology for determining whether a tumor has metastasized into the lymph nodes of the mesorectum in rectal cancer patients.

The approach can be performed prior to the surgical removal of the tumor, rectum and mesorectum, which is the standard for determining if the cancer has spread to the lymph nodes and plays a role in determining what the right form of treatment should be. If validated, the researchers claim the method could be used to help determine the optimal course of action for addressing the cancer beforehand.

"The pathologic status of lymph nodes in the mesorectum constitutes one of the most important prognostic markers in rectal cancer patients", Inês Santiago, the lead author of this study, said in a statement. "However, with currently implemented imaging protocols, knowledge of lymph node status before surgery is limited, so decision-making is largely based on other tumour characteristics."

Previous studies have claimed the use of radiotherapy and/or chemotherapy could be effective courses of treatment for high-risk patients if administered before surgery. Determining how to approach a patient’s treatment requires findings from the same surgery, placing clinicians in a "Catch 22" scenario which can lead to overtreatment. The risk has caused many radiologists to be very conservative in their assessment of lymph node status, as well as the fact that radiation and chemotherapy may have adverse and sometimes irreversible side effects.

They then adapted the technique for a conventional scanner with a lower magnetic field, and assessed patients using both SPI and the current "gold standard" MR method. Post-surgical analysis of the lymph nodes found that SPI increased the accuracy of lymph node characterization, compared to the standard MR approach, providing greater sensitivity and no loss in specificity.

"We know that normal lymph nodes are composed of a relatively uniform distribution of small, loosely-packed cells. By contrast, cancer-involved lymph nodes are characterised by the presence of large, tightly-packed malignant cells", said author Noam Shemesh. "We knew that this difference in size should induce a kind of "distortion" in local magnetic fields, so we hypothesised that this effect could be exploited to noninvasively differentiate between normal and affected nodes using MRI. To do this, we had to develop a novel MRI methodology, which we named Susceptibility Perturbation Magnetic Resonance Imaging (SPI), as well as a new analysis framework to better understand the sources of its signals."

The team has extended the study to other centers to optimize the use of SPI in clinical settings and cross-validate findings.

The findings were published in the journal, Cancer Research.