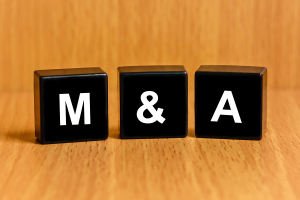 A manufacturer of linear array digital detectors, the aggregate purchase cost for 100 percent of the Sweden-based Direct Conversion’s outstanding shares is priced at more than $84 million (€75 million), with more than 11 million (€10 million) to be paid in either Varex common stock or cash on the first anniversary of the closing.

"Upon closing, this acquisition will expand our product portfolio to include new linear array digital detectors along with a revenue stream from these products for certain medical, dental and industrial applications,” said Sunny Sanyal, chief executive officer of Varex Imaging Corporation, in a statement. “It is expected that the current applications will widen our addressable market for digital detector products by approximately $200 million over the coming years, with additional addressable market expansion potential of up to $500 million, by replacing current CT detectors with photon counting technology in the future."

Direct Conversion’s detectors utilize direct conversion and photon counting technology, a feature that is known for sharpening image quality, lowering dose and allowing systems to exercise more precise material discrimination. The company is expected to apply this technology in the production of other applications, including medical CT detectors. Their products are marketed under Ajat and XCounter brands.

Earning revenues of more than $18 million (€16 million) in 2018, the company is projected to experience double-digit annual growth over the next five years. It also holds over $45 million (over €40 million) in signed multi-year agreements with customers, primarily for its photon counting detector technology.

"We are excited to be joining Varex at this point in the growth and expansion of our digital detector array products,” said Spencer Gunn, chief executive officer of Direct Conversion, in a statement. “This transaction is expected to accelerate the adoption of this technology in the marketplace utilizing Varex's position as one of the leading providers of digital detectors and its global distribution channels."

Varex expects the acquisition to be accretive to adjusted EPS in fiscal year 2020, and produce a return on invested capital greater than its cost of capital within three years.

The company plans to use available cash and debut under the company’s existing credit facility to fund the consideration.

The transaction is expected to be completed in the third quarter of the fiscal year.