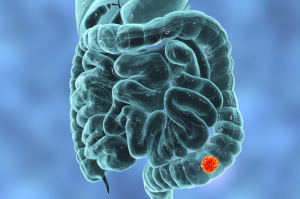 Drawn up by Representatives Danny Davis (D-IL) and Brad Wenstrup (R-OH), the bill mandates that Medicare provide coverage for CT colonography screenings, also known as virtual colonoscopy. It is known as the CT Colonography Screening for Colorectal Cancer Act.

“When CT colonography received an "A" rating from USPSTF – along with the other tests on their recommended list – that meant that under the Affordable Care Act, private insurers who take part in federal exchanges must cover the exam, but Medicare is not bound by that,” Shawn Farley, director of public affairs for the American College of Radiology, told HCB News. “They have their own approval process. While we have been working to educate them regarding why they should cover CT colonography, they have yet to cover these exams.”

But while more likely than whites to undergo virtual colonoscopy, the fear of traditional colonoscopy has made many in both groups less inclined to undergo screening altogether, causing their cancer to be found in later stages, compared to whites.

Compared to standard colonoscopy, virtual is just as accurate for most people, include those 65 and over, and is a less invasive option that, if covered under Medicare, could attract those who would otherwise not be tested, and enable physicians to remove polyps before they evolve into cancers.

It requires no sedation, is recommended by the American Cancer Society and the U.S. Preventative Services Task Force, and supported by U.S. and international studies which indicate that such exams raise screening rates and reduce costs.

“Roughly 40 percent of those 45 and older who should be screened for colorectal cancer choose not to be screened. The reasons may include cultural stigmas, cost, availability in the person's immediate area, and/or other factors,” said Farley. “From the available information, CT colonography availability has increased screening everywhere it has been offered, and available information shows that people, particularly minorities, have increased interest in getting the exam when it is available. Colorectal cancer care advocacy groups support CTC. The piece of the lifesaving puzzle that is missing is Medicare coverage. We strongly urge Congress to help us remedy that.”

A previous bill was introduced in the Senate in September by U.S. Senators Bernie Sanders (D-VT.) and and Jim Inhofe (R-OK), and found support from the Prevent Cancer Foundation, the Colorectal Cancer Alliance, the Colon Cancer Coalition and the American College of Radiology Colon Cancer Committee.

"Timely screening for colorectal cancer can literally save lives, but there are many patients who either cannot or will not have a colonoscopy,” said Michael Sapienza, president and CEO of the Colorectal Cancer Alliance, in a statement at the time. “For these patients, CT colonography provides a less invasive alternative.”

Almost 40 states mandate that virtual colonoscopy be covered by insurers, and federal exchanges are required by the Affordable Care Act (ACA) to cover the procedure with no copay. UnitedHealthcare, CIGNA, Aetna, Anthem Blue Cross Blue Shield and others cover the test regardless of ACA requirements.