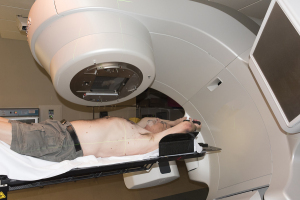 A new study says fewer radiation
oncologists are taking up positions in
rural communities, and that many in
those areas are planning to retire or
reduce hours in the next few years
Access to radiation oncology care varies by geographic location, with growing trends potentially threatening access to such services for rural cancer patients.

That’s according to the American Society of Radiation Oncology 2017 Radiation Oncologist Workforce Study released this month, which reported fewer radiation oncologists taking up positions in rural communities, as well as plans among a significant portion in such settings to retire or reduce hours in the next few years. Further exacerbating the situation is lack of recent radiation oncology graduates interested in procuring jobs in rural areas compared to major cities.

"It has been shown that three-quarters of radiation oncology graduates accept jobs near their training. Since training programs aggregate in large cities and urban communities, this would lead to radiation oncology graduates favoring large cities," Dr. Claire Y. Fung, chair of the ASTRO Workforce Subcommittee, which conducted the study, and a radiation oncologist at Beth Israel Deaconess Medical Center in Boston, told HCB News. "Secondly, our survey showed that the proportion of urban practices posting job vacancies was more than double that of suburban and rural practices, and that might be another reason that larger cities are drawing the new recruits."

About 60 million Americans live in rural communities, many of whom seek medical care close to their home. Access to such care marks the difference between receiving treatment or not for many.

Nearly nine in 10 radiation oncologists work outside of rural communities, with 47 percent in urban areas and 41 percent in suburban settings. The number in rural environments is 13 percent, a three percent decrease from the number recorded in the 2012 survey.

Adding to this burden is the increasing number of physicians choosing to leave these rural areas with a smaller amount of new ones coming in and replacing them. This includes close to 30 percent of radiation oncologists in rural settings who plan to retire or reduce hours in the next five years, compared to 18 percent in urban and suburban areas.

The study, however, did record a rise from 26 percent in 2012 to 29 percent in the number of female radiation oncologists, as well as newer cohorts among them. Thirty-three percent were under the age of 40, 30 percent were in their 40s and 50s, and 22 percent were age 60 and over.

Shifts from private practice to academic centers and hospitals are also on the rise, with 41 percent practicing at academic and university settings and 17 percent at nonacademic hospitals, compared to 38 percent at private ones. The finding marks the first example in which fewer than half of all doctors surveyed were working in a private practice.
1(current)
2