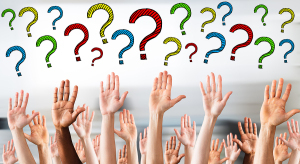 Conducted by Dutch researchers, the qualitative assessment argues that more education is necessary to help patients understand how AI is used in the scanning process, and where the roles of different staff members in radiology stand in relation to its use. Once attained, this knowledge will enable them to be better able to contribute input for determining best practices and use of AI and machine learning in these types of settings.

“Since patients' level of knowledge on both artificial intelligence and radiology is generally low, the combination generates mixed feelings among patients,” Dr. Marieke Haan, assistant professor in the department of Sociology at University of Groningen, told HCB News. “In all of the six domains we formed based on our findings, patients expressed concerns but also showed their beliefs in a promising future.”

The study refers to patients as “important but neglected” stakeholders who are “crucial” to determining the development and uses of AI systems for various clinical tasks in routine radiology practices.

Surveying 20 individual members from a group of 11 men and nine women at the department of radiology of the University Medical Center Groningen, the research team broke their responses down into six sections of information that sum up patient needs, concerns and viewpoints:

• Proof of technology: Patients desire scientific evidence to validate the use of an AI system in radiology, before it is actually used. When presented with findings that showed AI as equivalent in skill to humans, patients preferred to have a human perform their exam. Machines, however, were preferred when research showed computers to be superior.

• Procedural knowledge: Patients want to know how AI is exactly used, and want to receive incidental and unrequested findings in addition to those that are based on questions of the referring physicians. They are unclear about how AI affects scanning procedures and the delivery of findings, as well as unaware of who is involved in exams and how roles such as radiologist, technician and referring physician differ from one another in relation to the use of AI.

• Competence: Patients are skeptical of AI and believe using it only could lead to restricted views with wrong diagnoses. They are unsure about the skills of computers, and believe they should be used as secondary sources to validate the conclusions of radiologists.
1(current)
2