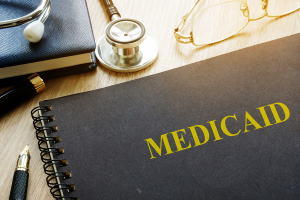 A new study has found a fivefold
difference in state-by-state Medicaid
reimbursement for radiation
therapy
Physicians in Delaware who perform standard-of-care radiotherapy for breast cancer can expect to receive up to $15,218 in Medicaid reimbursement, in contrast to those in New Hampshire who receive as low as $2,945 for the same procedure.

This is just one in a number of state-by-state variations when it comes to Medicaid recompensation, according to a new study, which asserts that such differences may increase existing disparities in access to healthcare for rural communities, which typically have higher Medicaid coverage rates compared to Metropolitan areas.

"In our study, we found that some state policymakers set competitive reimbursement rates for radiation oncology services while other states critically under fund those same services," Dr. Ankit Agarwal, first author of the study and a radiation oncology resident physician at the University of North Carolina at Chapel Hill, told HCB News. "This is likely due to some states recognizing problems with regards to access to care and willing to invest money to improve access - while other states simply do not have the money or the political will to do so."

Roughly 66 million low-income Americans are enrolled in Medicaid. Such patients often experience delays and disproportionate challenges in accessing the care they need, especially if living in states with low Medicaid fees. Previous studies and decades of research show that this can affect a number of healthcare essentials, from having a regular pediatric physician for children to providing preventative cancer screening services to Medicaid recipients.

Examining the 2017 Medicaid fee schedules of 48 states and the District of Columbia, the researchers made standard-of-care breast radiotherapy as the focus of their study and found a fivefold difference in average reimbursement, with the lowest in New Hampshire and the highest in Delaware. The overall average for an entire episode of care was $7,233.

Medicaid reimbursement rates are less in comparison to those offered by Medicare, a trend which can make it more difficult for rural and private practices to prosper, especially when taking into account the added expenses they face in purchasing and maintaining equipment. This can lead to closure, which in turn, limits or removes access for patients to lifesaving medical services.
1(current)
2